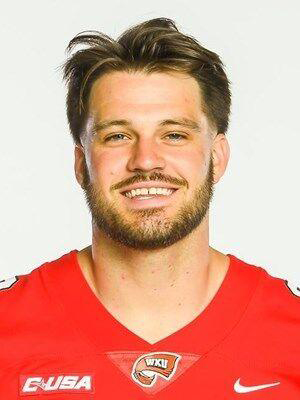 Less than two weeks before Western Kentucky University opens its football season, a top contender to take over as starting quarterback of the high-powered Hilltopper offense has entered the transfer portal.

Jarret Doege has entered the transfer portal after coming to WKU from West Virginia.

Jarret Doege, who transferred to WKU from West Virginia after last season and is a graduate student, entered the portal Sunday, according to a tweet from NCAA Transfer Portal. Doege’s exit also was confirmed by the Bowling Green Daily News.

Doege and West Florida transfer Austin Reed were considered the top contenders to replace Bailey Zappe at quarterback. Zappe threw for 5,967 yards and 62 touchdowns last season and was a fourth round draft pick of the New England Patriots.

Doege was scheduled to enter this season as college football’s active leader in passing yards (10,494) and passing touchdowns (79). Last season at West Virginia he threw for 3,048 yards and 19 touchdowns while completing 65 percent of his passes.

Reed also is a graduate student and in 2019 he led the Argos to a Division II national championship in 2019 while throwing for 4,089 yards and 40 touchdowns and rushing for an additional six.

During WKU’s media day late last month, Hilltopper coach Tyson Helton said both quarterbacks were performing well and that he would feel “comfortable” sending either quarterback into the Aug. 27 season opener at home against Austin Peay.

As of Sunday, no starting quarterback had publicly been announced by Helton.