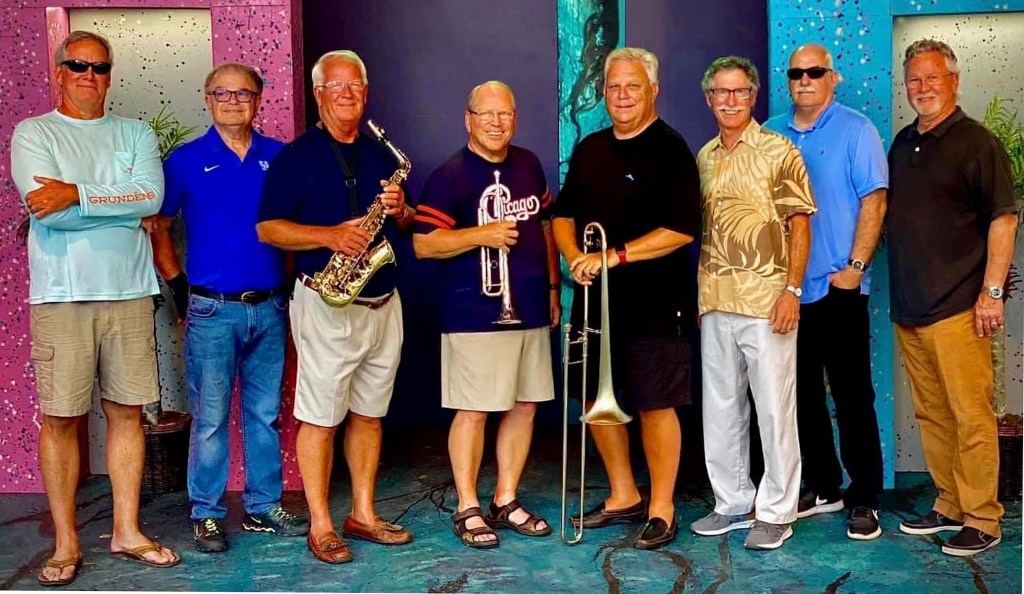 Pioneer Playhouse, Kentucky’s oldest outdoor theatre, located in Danville, Kentucky, will close out its 73rd season under the stars with a weekend of live music that’s sure to appeal to everyone.

On Friday, Aug. 19 the locally grown group Powerplay will hit the stage for a free concert benefitting the historic theatre.

“Powerplay started right here in Danville in 1974,” said Heather Henson, managing director of the theatre her father, Eben C. Henson, founded in 1950. “They were a group of friends from Danville High School who got together because they shared a love of the band Chicago. They were teens who played drums, guitars, and various horns, and they really clicked. They stayed together into their twenties, then all went their separate ways, lived in different places, but would join together every now and then. Once they’d all returned to Kentucky for good, they started playing regularly together and audiences love them.”

Powerplay continues with its Chicago covers roots, as well as playing rock and roll classics from the 1960s, 1970s, and beyond.

“They’re so much fun to dance to,” said Heather. “And I’m not biased because my brother, Eben (Eben Henson Jr.), is the drummer. They’re all terrific musicians and the band is described as ‘funk and soul with horns,’ and that’s exactly what they are. You can’t sit still while listening!”

On the following evening, Saturday, August 20, Pioneer Playhouse will host an all-new Latin Night with the well-known Lexington band No Rulez Banda, which is headed up by musician and singer, Enrique Gonzalez.

Originally from the Amazonian jungle interior of Venezuela, Gonzalez is a well-known visual artist, songwriter, and singer who also performs regionally with the Big Maracas. Enrique describes his influences as “the sounds of the Amazon, the rain, the wind in the trees, the monkeys and the birds, and the mysterious silence that surrounds us, as well as the multitude of Latin dance grooves like Salsa, Samba, Mambo, Rhumba, Cumbia, and Chango.”

“We’re thrilled to have Enrique here,” said Robby Henson, brother to Heather, and artistic director of Pioneer Playhouse. “No Rulez Banda has a special vibe, and we’re excited to introduce them to Danville.”

Opening for No Rulez Banda will be Leo the Rapper, a hip-hop artist local to Bowling Green, Kentucky. In his own words, Leo says: “When I’m not writing or recording music, I’m filming, directing, and editing music videos and commercials. My love for the creative industry developed while I was incarcerated.” 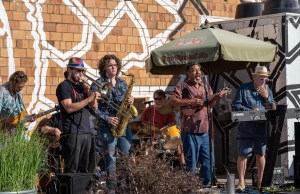 No Rulez Banda will help close out the 73rd season at Pioneer Playhouse. Photo submitted

In fact, Leo the Rapper and Robby Henson met during workshops for Voices Inside, the NEA-funded prison playwriting program Pioneer Playhouse has directed for twelve years.

“My first ever performances for music and acting and writing were in front of my fellow inmates,” said Leo the Rapper. “Fast forward to my freedom where I’m continuing my musical path as an independent artist. I’m incredibly grateful for what I’ve been through and where it got me.”

For Latin night with No Rulez Banda and Leo the Rapper, Taqueria Garcia will be providing an authentic Mexican menu. Taquaria Garcia is a family owned and operated food truck that has been serving delicious and authentic Mexican food to their hometown of Lawrenceburg and surrounding communities for almost 20 years.

“Our goal is to give our customers a little taste of Mexico wherever we are!” said owner, Admildo Garcia, who runs the business with his wife, Heidi Garcia.

For both shows on August 19 and 20th, music will begin at 8:00 pm and doors will open at 7:00 pm. A cash/credit bar serving wine, beer, and spirits will be open to those 21 years and older, and there will be a concession stand selling popcorn, soda, and ice cream.

The Powerplay concert is free and open to the public. Donation boxes will be available to benefit Pioneer Playhouse, which is a 501 c 3 non-profit.

Tickets for No Rulez Banda and Leo the Rapper are $12 each and are available in advance or online: 859-236-2747 or pioneerplayhouse.com. Tickets may also be purchased at the door the night of the event.

“We hope everyone will come out for our final weekend of music,” said Heather. “We had a terrific 73rd season, and we want to celebrate!”