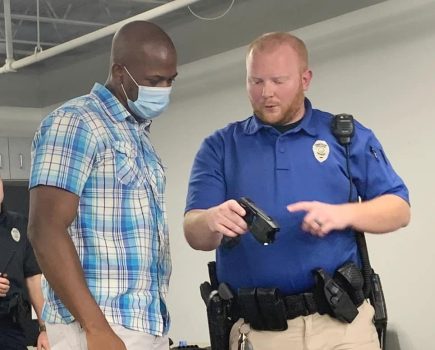 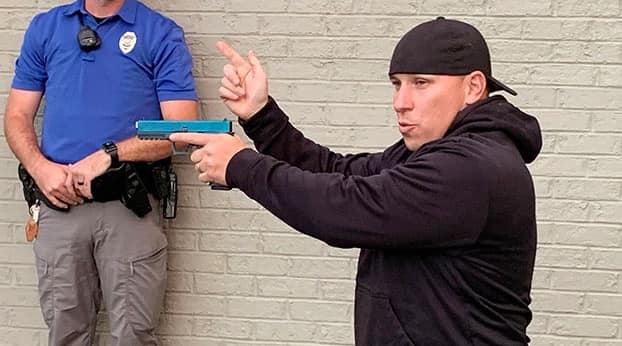 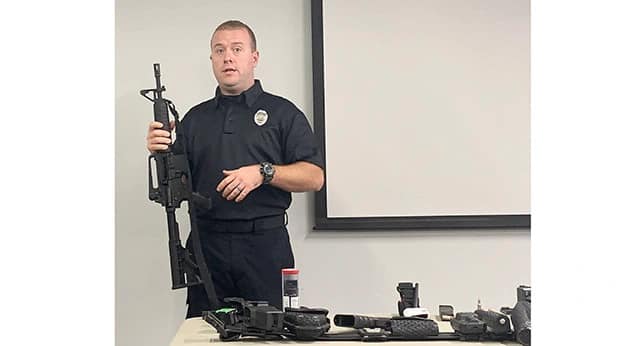 Citizens will soon have an opportunity to learn about police work firsthand from officers at the Danville Police Department.

The Danville Police Department will be hosting its Citizens Police Academy from September 6 through October 18. Classes will be held every Tuesday night from 6:00 to 8:30 p.m.  There will be no class on October 4.

Assistant Police Chief Glenn Doan said the class does a deep dive into police work for anyone who wants to have a better understanding of what officers do.

“Many people have a general understanding of what we do, but they have no idea what goes on daily in police work or behind the scenes,” Doan said. “I think this class helps bridge the gap that can be present between citizens and officers.”

Doan said the course is not just a series of PowerPoints presentations. People will be able to walk through and complete interactive scenarios like mock traffic stops, build clearings, and response to resistance training.

People will also learn defensive tactics and simunitions, which is where participants are placed into a deadly force encounter and can actually fire a non-lethal cartridge from a service weapon.

“I think it’s an eye opening experience for many to see some of what is going on in Danville that they never hear about – the amount of calls for service we answer, the high level of training we receive and conduct,” Doan explained. “Citizens come away with a better understanding of why we do the things we do.  We teach everything from the application of laws, to crime scene processing.”

The course will be taught by Danville officers, supervisors and detectives. They will also bring in local partners like the Boyle County Detention Center and the County Attorney.

The department had previously stopped doing the program several years ago due to staffing issues, but it was brought back in 2019. Doan said they usually have around 10-15 participants, and they are hoping for a larger class this year.

The class is free for anyone in Boyle County who wants to learn about police work, and is not just for people looking to become police officers. However, Doan said one success story from the class is that a recent graduate is now employed with Danville as a certified police officer.

The department is now accepting applications, which can be found in a PDF form online. They can also be picked up at the Danville Police Department during business hours Monday through Friday.

Applications can be submitted via email at gdoan@danvilleky.gov, fax 859-936-1301, or brought back to the police department.