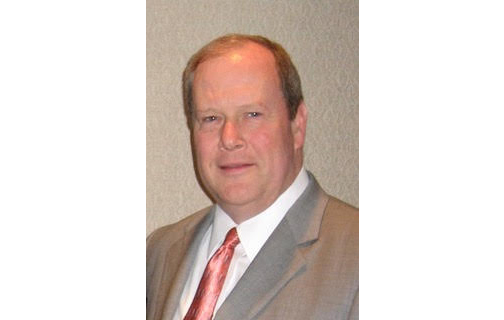 Terry Crowley is the new interim director of the DBCDC and will help them transition to a new structure and new board. Photo submitted.

Economic Development Partnership (EDP) board members met for the last time as the EDP on Wednesday. At the meeting, they passed new bylaws to officially become the Danville Boyle County Development Corporation (DBCDC).

The restructuring is largely centered around creating a much smaller board. The previous EDP board of 17 members was too large to be efficient, Board Chair Alan Turbyfill explained.

The new Articles of Incorporation state that the DBCDC board will have no less than five and no more than 11 members. Board members will be made up of several “partners.” Partners will be required to invest financially in the organization.

The main initial partners will be the City of Danville, the Boyle County Fiscal Court, the Boyle County Industrial Foundation, and the new Danville Boyle County Economic Development Authority. The board will also have representation from an advisory council made up of other organizations in the county.

The exact number of board members was a major topic of discussion in writing the new bylaws. Turbyfill presented several different options they had reviewed for having seven board seats. The main option of seven seats would have given two seats for the city, two for the county, one for the EDA, one for the BCIF and one for the advisory council.

Another seven-seat option was to give only one seat each to the city, county, EDA and BCIF, and three seats to the advisory council.

However, Interim Director Terry Crowley said he heard requests from different organizations to have more seats. Crowley will be overseeing the transition over the next six months, helping hire a permanent director, and helping determine the new board.

Ultimately, they decided on a nine-seat board with two seats each for city and county, one seat each for EDA and BCIF, and three seats for the advisory council. However, the board would decrease to seven seats if the Fiscal Court does not choose to join.

The Fiscal Court recently withdrew from the EDP and did not vote on its new bylaws. The bylaws state that the Fiscal Court is an initial partner should they decide to rejoin.

The Fiscal Court has 30 days to decide if they want to rejoin as an initial partner. If they do not join, no other partner will replace its designated seat(s) on the board, so the board would have seven seats.

However, the bylaws also state the Fiscal Court has the option to join anytime after the 30 days. The court would need to petition the board for partner status, and be admitted by a two-thirds vote from the board. The same goes for any other group requesting partner status.

In order to still include many organizations that will be less involved in the board, the DBCDC will have an advisory council that will provide counsel and assistance to the organization as requested by the board. The council will be selected from the following groups:

• Group A: Government- City of Perryville; City of Junction City.

One major goal of the DBCDC is to incorporate the new EDA as much as possible. The EDA authorizes local government bodies to use their general fund revenue for property acquisition and development for economic development efforts.

In recent city and county meetings, Danville Mayor Mike Perros mentioned the disconnect and confusion between the EDA, EDP, city and county. He emphasized the need for the EDA and DBCDC to meet at length to figure out how they will work together, solve problems with past operations of the EDP, and move forward in the same direction. Perros and members of the DBCDC expressed their desire for the Fiscal Court to rejoin their efforts.

The DBCDC board will elect board members to be chair, vice chair, secretary and treasurer; however, the secretary/treasurer may be a combined position. The board will also have a personnel committee, which will oversee the executive director, and may create standing or other committees.

The DBCDC will likely have three full time staff and one part time staff, the same as the EDP. The organization is currently looking for a workforce development specialist, and Crowley said they are reviewing resumes.

Crowley said going forward, a transitional board will still sometimes meet to help get a new permanent board in place.

Note: This article has been updated to include corrected information about the number of board members.