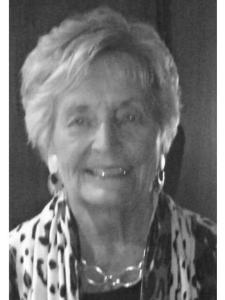 Wilma Hope Best Glasscock, 93, passed away Friday, August 19, 2022. Wilma was born August 12, 1929, in Perryville, Kentucky to the late Richard Clayton and Gertrude Coyle Best. She was married to her late husband, Stewart Glasscock for 63 years when he passed away in 2011.
Wilma was a graduate of the former Perryville High School, she was a member of Perryville Baptist Church and retired from Inter-County RECC as Office Manager with over forty years of service. She enjoyed traveling, shopping, flowers and fast driving.
Survivors include her three children, Lynn Purdom and her husband, Bobby, Sharon Jones and her husband Richard, Jeff Glasscock, four grandchildren, Lindsley (Taylor) Ballard, Brett (Laura) Jones, Giles and Reed Glasscock, her great granddaughter, Aly Watson, and numerous nieces and nephews.
In addition to her parents and husband, Wilma was preceded in death by her siblings, Elizabeth Godbey, Naomi Gowin and R.C. Best.
The funeral service will be 1:00 p.m., Thursday, August 25, 2022, at Walden Funeral Home in Perryville with Rev. Doug Davis and Pastor Aaron Hackworth officiating. Burial will follow at Hillcrest Cemetery in Perryville. Visitation will be Thursday, August 25, 2022, from 11:00 a.m. to 1:00 p.m. also at the funeral home.
Pallbearers will be Brett Jones, Giles and Reed Glasscock, Taylor Ballard, Gary and Dickie Best. Honorary bearers will be members of Bethany Sunday School Class from Perryville Baptist Church.
The family would also like to express their appreciation to the caring staff at McDowell Place and also the caregivers from Heritage Hospice who gave their expertise and provided her with much comfort these final weeks.
Memorial contributions in Wilma’s memory are suggested to Heritage Hospice, P.O. Box 1213, Danville, KY 40423.