Danville Hall of Fame to recognize Class of  ’22 inductees 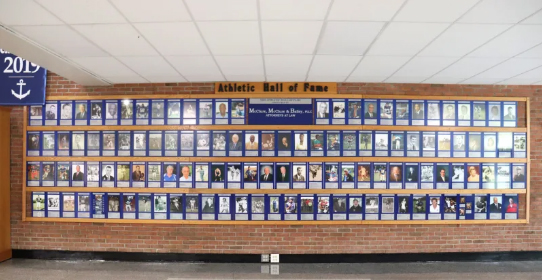 The 2022 class of the Danville High School Hall of Fame will be inducted on Aug. 27. Photo submitted

There will be 10 new inductees this year into the Danville High School Hall of Fame.

Induction will take place Aug. 27, with a morning event at the school. The group also will be recognized that evening prior to kickoff of Danville’s football game vs. Garrard County in the Whitaker Bank Pigskin Classic.

The first part of the ceremony is at 10 a.m. Aug. 27 in Gravely Hall Performing Arts Center at DHS. Each inductee will have someone introduce them at this part of the event. Before the introduction, there will be donuts and drinks available for those in attendance around 9:30 a.m.

The second part of the ceremony will happen that night before the football game. Inductees will be announced and given a duplicate plaque of the information that will be on display. The plaque presentation will begin about 20 minutes before the game begins. Kickoff is scheduled for 8 p.m.