Danville notches 500th win with by shutting out Somerset Christian 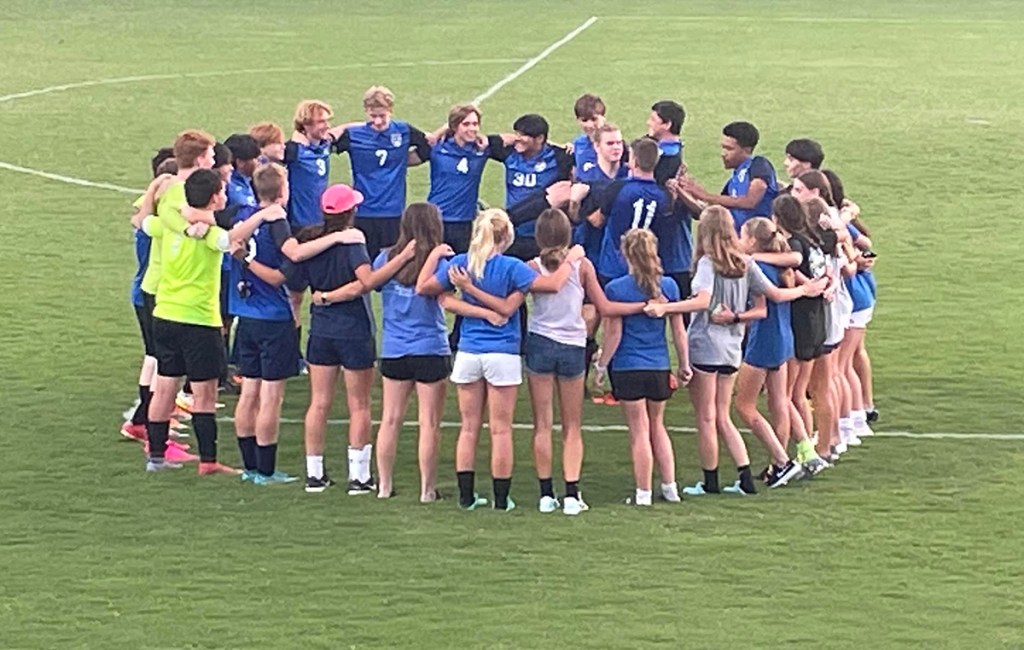 On a momentous night at Gary Reynolds Field, the Danville boys’ soccer team held off Somerset Christian for a 2-0 win. The win was the 500th since the school added soccer in 1981, and it propels the Ads (6-1-0) into the All A Classic 12th Region final next week against Somerset.

It seems fitting that win No. 500 would come on the field that bears Reynolds’ name. As coach, he led the team to 240 of those victories, an achievement that landed him in the DHS Hall of Fame. The winningest coach in school history might be looking over his shoulder, however. Current coach Brent Beauman earned his 197th win.

Danville controlled the first half against the Cougars (3-4-0) with the bulk of possession and scoring chances. Iain McAlister netted the game’s first goal in the 13th minute, and Ashton Nash added a second six minutes later off an Abel Goodwin assist. The visitors failed to mount any serious threats in the opening frame outside of a dangerous cross in the final minute that goalkeeper Grayson Nagorka parried away to safety.

The second half was a different story. As Somerset Christian chased a goal to cut the lead, the game opened up considerably. Just five minutes after the break, the Ads couldn’t clear a corner in their own box. The Cougars put a shot on target that beat Nagorka, but freshman defender Sasha Wade saved the ball off the goal line, preserving the shutout.

Play continued from end to end as Nagorka had to fend off multiple crosses and save a couple hard-driven shots from the wings. The Ads had multiple scoring chances of their own, but neither team could find the net and the 2-0 score held.

Coming up for the Admirals are rivalry games against the Briar Jumpers and Boyle County.