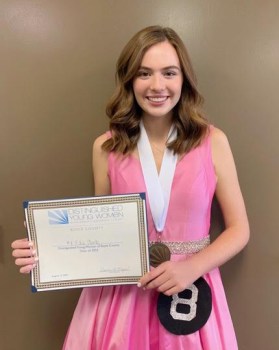 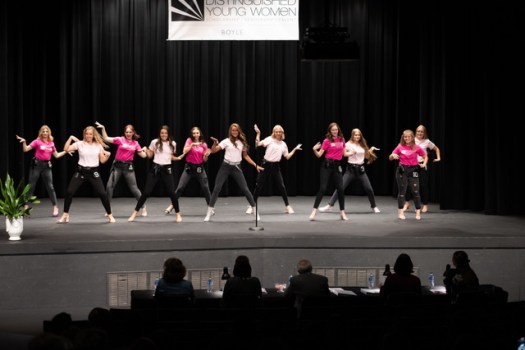 The 10 girls that participated in Boyle DYW 2023 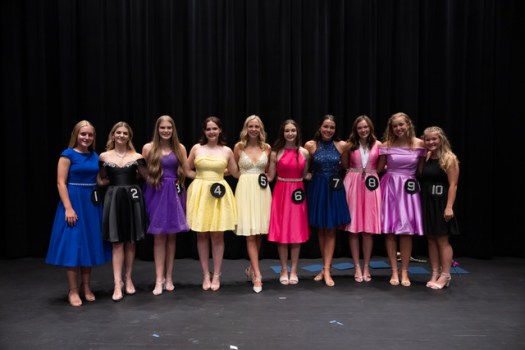 Edie Clark, a senior at Boyle County High School, was named the Distinguished Young Woman of Boyle County for 2023 on Aug. 13 at Danville High School. She is the daughter of Josh and Lori-Anne Clark. Edie competed with nine other participants from both Danville and Boyle County high schools in the areas of Scholastics (25%), Interview (25%), Talent (20%), Self Expression (15%) and Fitness (15%).

The participants were awarded a total of over $22,000 in cash scholarships to be used at the college of their choice. Clark earned a total of $7,300, which included a talent award for singing “Wide Open Spaces” by “The Chicks” while accompanying herself on guitar. She will represent Boyle County at the State DYW program on Jan. 13-14, which will take place at The Singletary Center for Performing Arts on UK’s campus.

The program, formerly known as Junior Miss, is in its second year in Boyle County and is led by director Donna Majors and assistant director Jessie Majors. Previous representatives had to qualify for state through an At Large program but now that Boyle County has a local program, a representative will be chosen each year. Sign ups will be in the spring for next year’s class and are open to all junior girls living in Boyle County.

Awards for the Class of 2023 included:

The DYW program weighs heavily on scholastic achievement, leadership and talent as well as community service and mentoring to younger students through the Be Your Best Self program.