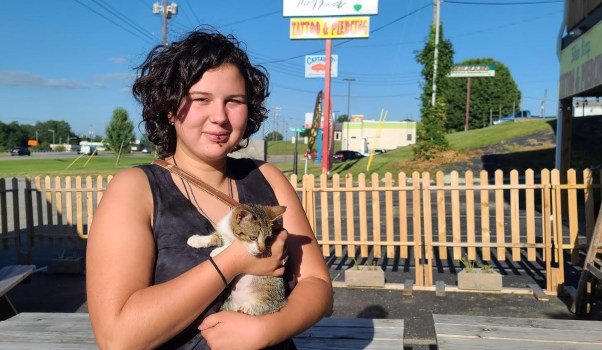 Molly Shepherd and her new friend. Photo by Lance Gaither 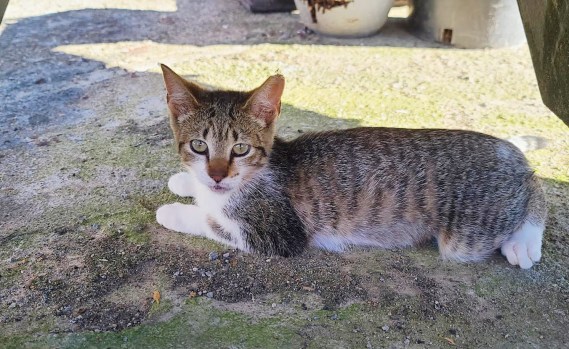 The injured cat found at The Nook is on the mend thanks to patrons there who sprang into action. Photo by Lance Gaither 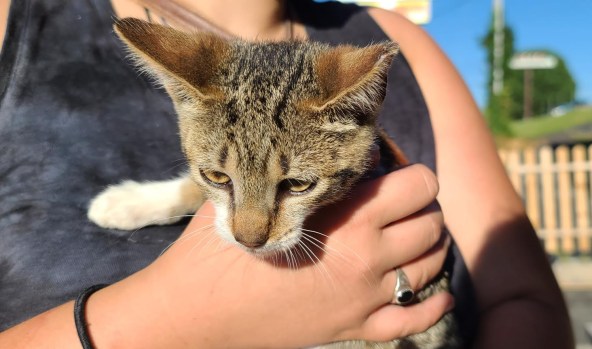 The cat suffered from a degloved lower jaw. Photo by Lance Gaither

Patrons of Danville’s local music venue and bar The Nook sprang into action when they heard a distressed cat in the parking lot. They discovered an injured kitten that had been abandoned. Luckily, one of the people there at the time is a veterinary technician who was able to render aid to the distressed kitten.

“Her jaw was all messed up, so we took her back inside and gave her some food, water and a box with a blanket,” said Molly Shepherd, who was teaching a “Paint and Sip” class that night. “The kitty is a fighter, it’s amazing to see. It wouldn’t have worked out without the community. The tech (who wishes to remain anonymous) told us which vet to take her to and to use her name. She covered all of it.”

The cat hasn’t been named yet, but has started to be known as The Nook Kitten, and it is still unsure who is going to take the cat once it is fully recovered.

Shepherd said that the kitten may very well end up being The Nook’s new mascot. The vet tech paid out of pocket for the kitten’s vet bills. Molly has started a gofundme.com fundraiser to repay the vet tech for her generosity. Anyone interested in helping can do so atgofundme.com under Help The Nook Kitten.