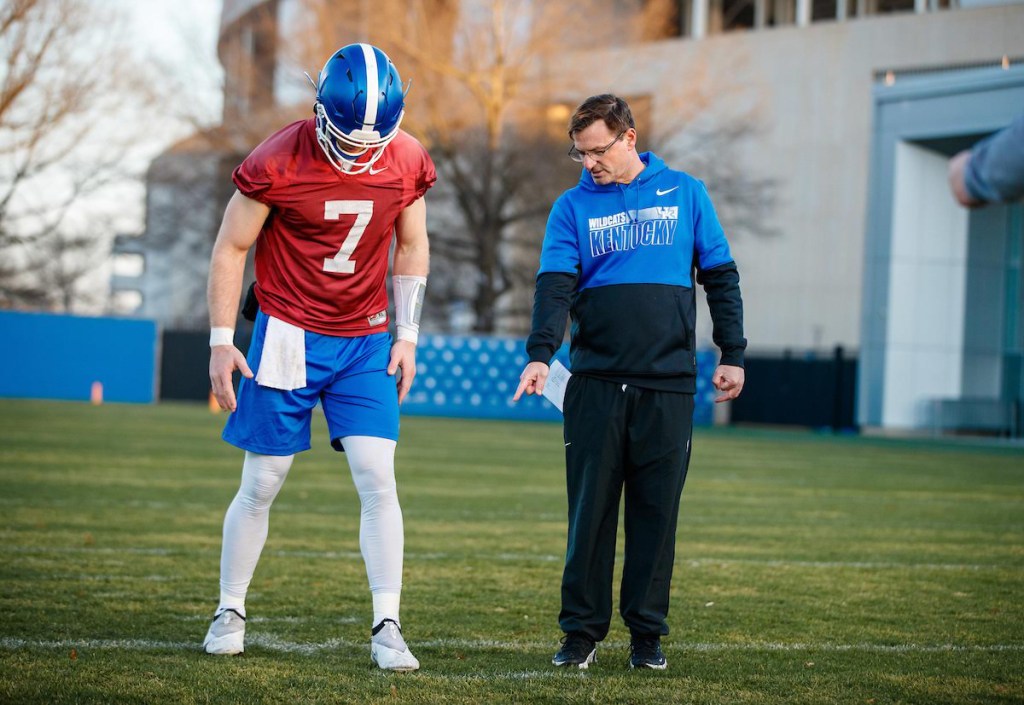 Dusty Bonner certainly knows what a No. 1 overall NFL draft choice looks like because he was quarterback Tim Couch’s backup at Kentucky in 1998. The Cats won seven games, went to the Outback Bowl and Couch was the top pick in the draft by the Cleveland Browns a few months later.

Bonner started 12 games in 199 and led the Southeastern Conference in pass efficiency, total offense and passing yards per game during a six-win season before transferring to Valdosta State where he won the Harlon Hill Trophy in 2000 and 2001 as the nation’s best Division II player.

“Everybody knew Couch would play in the league,” said Bonner. “Will is the same sort of guy. His arm strength is off the charts. You are either born with that or not. He has great size and athleticism.

“If you look at the NFL and talk about the teams with a chance to win it all, they all have quarterbacks with elite level arm strength, good size and elite mobility. They might not have all had great accolades coming out of college but what they brought to the table translated to the field and Will has that.”

Bonner also understands the intangible ingredients a special quarterback must have. Levis proved to him he had those last year after transferring from Penn State.

“Guys on the team respond to him. He’s wise and stays out of trouble. I like when he runs and drops a shoulder, all the guys respond. They love it because he is their leader,” Bonner, who threw for over 8,000 yards and 107 touchdowns in two years at Valdosta, said.

“I was surprised at his ability to win over teammates in that length of time like he did last year after transferring. It is hard to walk into a locker room and the other guys you are competing against have been there and you win the locker room over. Part of it is you have to be good but the team also bought into him. Having that on his resume helps at the next level.”

Bonner thinks Levis will also have an edge over other potential quarterbacks at draft time because he played in Liam Coen’s offense in 2021 and now he’s in another pro offense under Rich Scangarello.

“He’s is learning pro systems now and how they work. NFL guys look at that and can see it will not be a problem because he has already learned two NFL systems,” the former UK quarterback said. “I really don’t know which quarterback you would draft ahead of him. It would be hard to convince me to take someone else over Will Levis.”

“He’s going to have speed guys on both sides and that gives him so many options with all he can do,” Bonner said. “If I am coaching defense and know this guy has an arm who can throw it 80 yards, you are in a tough spot to know how to defend him and there’s no doubt that being a starter for a second year will make him better. I just think he’ll have a special year.”