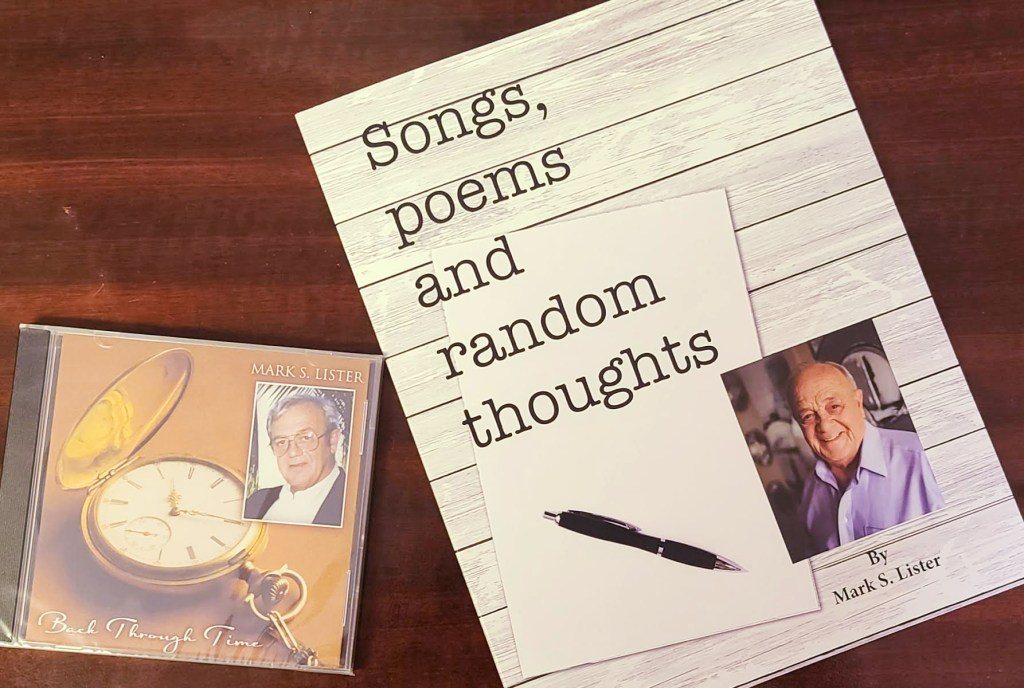 Mark Lister’s works are a culmination of years of experience. Photo by Lance Gaither

Mark S. Lister has been writing songs and poetry for nearly 70 years.

A resident of Danville, Lister recently wanted to ensure that his works could be cherished and enjoyed not only by his family, but everyone in Danville and beyond, so he had his works published under the title “Songs, Poems and Random Thoughts.”

Lister said that he initially got into music in high school, where he studied clarinet and started writing music shortly after graduation. He soon moved onto to guitar because, he said, it was an instrument better suited for a solo act. He started writing songs and playing at various bars around Danville and in Lexington.

“I really didn’t know what it was gonna do, it’s been a pleasant surprise,” he said.

Lister said he wasn’t sure what to expect, but that he is happy with reception of his book and album. More than  60 copies have been sold just through word of mouth.

The album contains eight songs with topics that involve love, heartbreak and more. The aptly named Danville Song is an ode to his hometown and tells of its history and why it’s known as the City of Firsts. Another song on the album titled Santa’s Vacation, is a Christmas song with a twist. Lister said he figured that Santa was tired of snow and cold weather, so he wrote a song where Santa gets to water ski in Miami for New Year’s.

Lister began working as a salesman after graduating high school and spent 20 years traveling around the state. He went on the spend the next 15 in the real estate and construction business in Lexington, and then 30 more in public service at the Veterans Administration before retiring in 2007.

Throughout his life, Lister has had many interesting experiences during his musical career.

“I was sitting in the front row and John Harrison was singing his songs and I was singing along with him in the audience,” he said.

Harrison heard him singing along and pulled him onstage.

“I got up, and he played and I sang and I got a standing ovation,” he said. “He said that he wasn’t bringing me up on stage again. It’s one of the funniest things I remember.”

Lister said he has many more songs and poems that were not published, and he is considering a second volume.

For more information about his writings or music, contact the Danville-Boyle County Convention and Visitors Bureau at 134 S. 2nd St. in Danville, or contact Mark Lister at 859-236-1073.