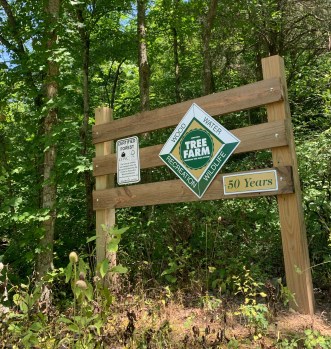 White oak grown at Elk Cave Farm in Boyle County is used to age some of the world’s finest Irish whiskey. Photo by Jared Darwish 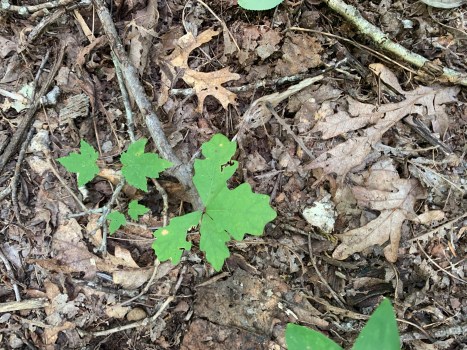 Every white oak tree starts as a simple seedling that must be nurtured. Photo by Jared Darwish 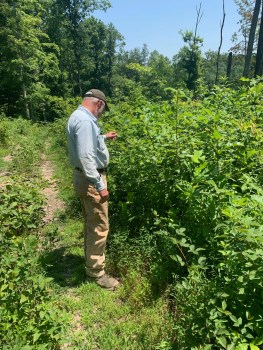 Elk Cave Farm does not distill Irish whiskey, but it is an important partner for a company that does.

The two meet thanks through Chris Wells, a consulting forester who both companies were involved with. Redbreast was looking for certified Kentucky white oak and Wells suggested Elk Cave Farm.

The certification means that Elk Cave is a healthy forest capable of providing quality timber production, a safe habitat for wildlife, and clean water.

The farm which encompasses almost 1,300 acres of natural tree forest has grown to become one of the most prestigious in the United States. Clifton Scott, who started the farm in 1959 has seen it grow from a 287-acre tobacco farm to a nationally certified tree farm by the Forest and Wood organization in 2008.

As recently as 2021, Clifton was named national North Central Region Tree Farmer of the year by the American Tree Farm system. However at the age of 92, Clifton has now handed the day-to-day operations to his son Scott.

Scott described the relationship between Redbreast and Elk Cave Farm as a special one saying that both companies have the same beliefs and core values. This is one of reasons why the Taylor’s have stayed loyal and only distributed their certified white oak to them for whiskey production.

“When we started this partnership, we told Rebreast that we would give them product when we thought it was appropriate and they accepted that and never questioned it because they understood the importance of long term white oak sustainability,” Scott Taylor said.

He went on to explain how important the preservation of white oak is:

“It would be easy to sell it all and get rich, but it isn’t about the money, it’s about strategically managing this desirable tree species so that my kids and grandkids can sell white oak 80 to 100 years from now,” he said.

Elk Cave Farms’ involvement with the White Oak Initiative is a major reason for their infrequent white oak sales to Redbreast. This initiative was created to encourage proper management and distribution of white oak in the United States.

Since the beginning of their partnership in 2015, the Taylor’s farm has only made three small sales to Redbreast, making the Irish whiskey brand a rare one.

During the production phase, the white oak generated from a 15-acre harvest on the farm is refined and made into barrels in the United States. Then, the barrels are shipped to Redbreast’s Middleton Distillery, located in Cork, Ireland where the Irish whiskey is distilled and aged before sale.

When bottled, the Kentucky Oak Edition has a proof of 101 and an alcohol content of 50.5%. A bottle of this special edition Redbreast Irish whiskey can go for $200 dollars or more on the secondary market.

Elk Cave Farms’ ability to ensure the quality of their white oak begins with their mastering of the shelterwood system, a system that revolves around the practice of Clear-cutting which is done by removing tree species that cast shadows over white oak seedlings.

By removing its competitor, white oak seedlings then grow at a more rapid pace due to the excess sunlight they previously were not receiving.

The Taylor’s have found that it is most beneficial to Clear-cut a harvest area about five years before so that those seedlings can establish strong roots by the time those mature white oaks around it are cut down.

“It is crucial that we have future growth in an area before we harvest so that there will be trees to take the place of harvested white oaks in 80 to 100 years,” Taylor said.

Unlike poplar, walnut and other tree species, white oak takes decades to grow which is why regeneration and Clear-cutting is important in promoting the abundance of the desirable species.

“The need for barrels in the whiskey industry is huge and no one provides for all of it, so we are happy to do our part,” Taylor said.

As for what the future holds, Taylor said that he and his brother one day want to pass the business on to their children and grandchildren so that they can continue the legacy of Elk Cave Farm started by their father more than 60 years ago.