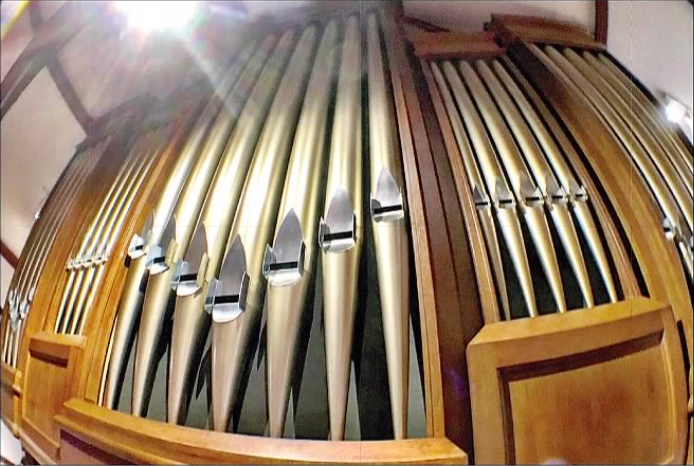 Trinity Episcopal Church has a long history in Danville. The church is the oldest in-use church structure in Danville. It also is home to an pipe organ that was purchased from a church in Flint, Michigan.

Pipe organs have been in existence for centuries with the original concept conceived by the Greeks.

Each pipe organ is a feat of musical engineering as each pipe can only create a single pitch that is determined by the size of the pipe. Each organ creates sound by a process of moving air through the pipes in a complex series of steps involving multiple keyboards, stops and pedals. The range of sound which can be created is determined by the size, arrangement and number of pipes.

The Trinity Episcopal Church organ has 1,464 pipes ranging from the size of a pencil to 16 feet in height.

On Sunday, Sept. 11 at 2 p.m., Trinity Church will present a solo organ concert by Schuyler Robinson. Robinson is an acclaimed organist and teacher who has served on the faculties of the University of Kentucky and Warren Wilson College in Asheville, North Carolina. He has collaborated frequently in the DiMartino-Robinson trumpet-organ duo, presenting concerts in 22 states and producing a CD recording.

Robinson has presented solo concerts throughout the country and in Europe. During his career, he has incorporated performance residencies at famed English cathedrals, including Westminster Abbey, St. Paul’s in London and Canterbury, as well as in the United States.

The concert at Trinity will be a return visit as Robinson performed at the organ dedication in 2016.

The concert is free with donations accepted to benefit the “Backpacks for Kids” program. A reception will follow the concert.