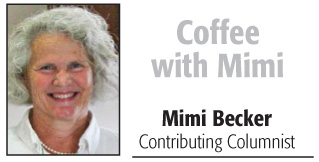 Along the way in my career, I worked with parents and kids in several very interesting activities.

Often, I knew very little about the program when I became involved, but volunteered when the school had a need no one else seemed much inclined, or had the time, to fulfill.

One of the most rewarding experiences was coaching cross country. I did know a bit about running at the time. You put one foot in front of the other, over and over, and then do it faster over longer distances. But that isn’t really the whole story, of course, in team cross country.

Nevertheless, I researched training techniques and theory and set out to gather what was the existing team, pretty much just one steadfast young man. He was a good runner, but needed some company on those lonesome roads and fields. Between us, we recruited a fair number of willing students, and commenced to run.

In those days, with the exception of a couple athletically inclined youngsters, I could hold my own on the training runs. This was fairly necessary as we were charting new courses and paths and someone had to know where we were going to be sure we got back to where we started. Parents and administrators do not take kindly to school personnel losing kids who are under school supervision.

A competitive meet schedule was organized. No matter what a runner’s experience level is, running in a meet with other kids sure beats running around the local countryside with your coach. Though most of the team was young, they were just the sort that accepted the premise of the sport. You know where you started and you challenge yourself to get better And, you belong to a team. While you run on your own in a meet, your finish place is added to your teammates’ finish places and a team score is tallied.

Most of the parents were unfamiliar with the concept of cross country competition. They were pleased their kids were engaged in a healthy activity which involved other kids.

Time came for the first big show, a large Saturday invitational. The unveiling of our little team in a public forum in front of actual spectators other than the cows which populated some of the fields along our training routes and farmers who waved as they drove past.

Our small team travelled to the meet in a school bus, as required by school district policy. Bus travel was part of the ritual. Older kids in the back, littles in the front. Set up camp in your selected/relegated seat and go back to sleep. Cross country meets are often at the crack of dawn and some distance away, unlike some other sports which commence at a more conducive time, in the evening.

The meet was well publicized around school. But honestly, who expected a crowd to follow our little band into unknown territory on a Saturday morning in late summer?

Our parents were troopers. Though they were mostly unfamiliar with the format and conduct of a meet, they showed up in support of their team and each individual runner. We had one runner who was likely to be near the top of the pack. We also had a runner, or two, who would likely be at the other end. In between, our guys would be scattered through the crowded field. Our fans cheered until their last runner crossed the finish line.

A high school cross country distance is 3.1 miles. Some meet courses are familiar and are legendary for their hazards, hills, twists, and turns. One 3.1 mile course may be nearly flat resulting in some encouraging times, while the next may be a daunting, continuous up and down trail.

Some courses may have easy spectator access for those who, like the coaches, may want to check runner progress throughout the course. Other layouts are designed such that it is nearly impossible to glimpse a runner once the starting gun has been fired until the runner emerges out of the woods near the finish line.

For spectators at a cross country meet, there is a lot of standing around between the start and the finish. In the early days of building our team, fans were confused. They line up, they run away, we wait around, they finish.

One parent of a novice runner at his first outing, observed that a cross country meet was about as exciting as watching paint dry, and possibly as interminable. Was there sarcasm in that observation?

But like waiting for paint to dry, the payoff is not in the drying, but in the finish. A paint color in the bucket is not always the paint color you see in the end. In between there are factors affecting the process. Some surfaces may need more prep than others, the base coat may have been applied unevenly, the climate may slow the drying.

Some things are like paint drying. There is work involved, some decisions here and there, but in the end there is the finish to savor. Until the next time.