Rodriguez to return in time to face Ole Miss 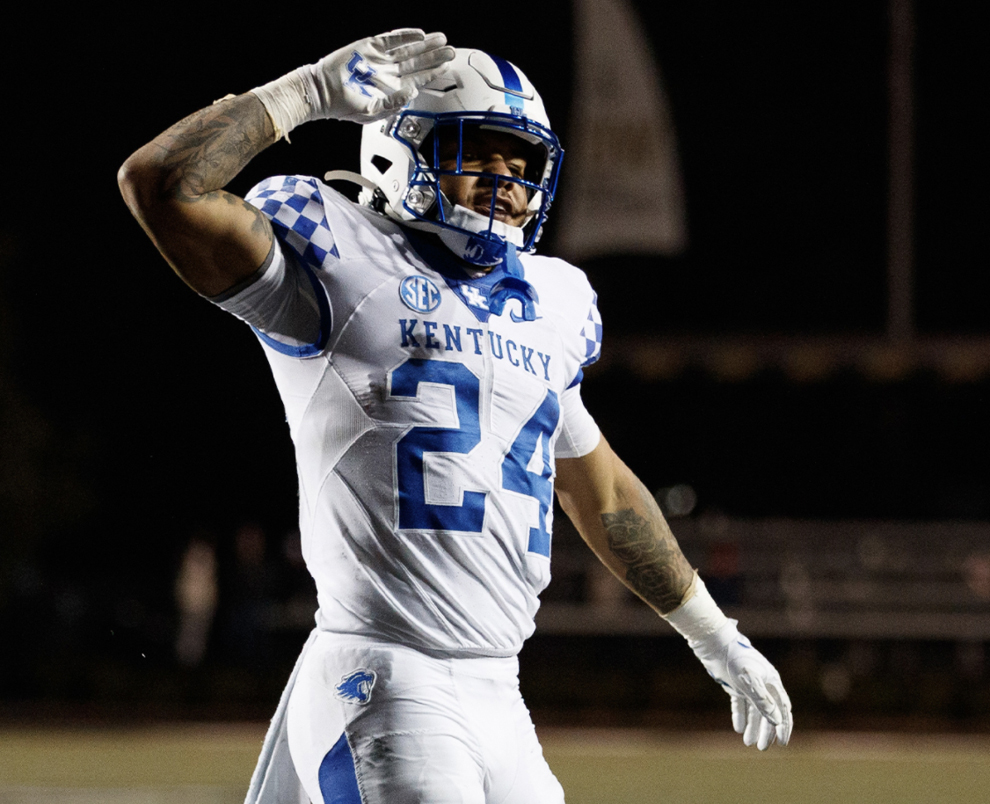 Chris Rodriguez will return to the lineup soon, but the Kentucky standout running back must wait two more weeks.

Rodriguez has missed the first two games because of what will end up being a four-game suspension and will miss the team’s next two games. No. 9 Kentucky hosts Youngstown State on Saturday, followed by a home date against Northern Illinois on Sept. 24 before Rodriguez will make his regular-season debut at Ole Miss on Oct. 1 in Oxford.

Kentucky coach Mark Stoops was somewhat surprised when asked about the return of Rodriguez during his weekly press conference Monday at Kroger Field.

“I just found out 10 minutes ago, literally,” he quipped. “How do I plan on what will happen?”

Stoops and his coaching staff have been “prepared to handle this situation for weeks now.”

“We’ve been getting the other guys ready, continuing to progress and also keep him in shape, get them reps when we can,” Stoops said.

As for Rodriguez, Stoops said he’s been doing his part to prepare for his senior season. Stoops remained mum on the decision-making process regarding the return of Rodriguez, adding “it is, what it is.”

Stoops praised Rodriguez for doing his part to stay in shape.

“Chris is wonderful because he wants to do well and he’s competing on scout team.” Stoops said. “He goes down there, gets his reps down there. He’s willing to do scout teams, special teams.

“He’s doing whatever he can to stay in shape, get those movements down with the run game and continue to take reps with the first and second-team offense when it can in certain situations. And so he’s he’s staying active and getting ready to go. We’ll continue to build with the running backs we have available.”

Kavosiey Smoke paced Kentucky’s running attack with 80 yards rushing in a 26-16 win at Florida last Saturday in Gainesville. Stoops praised the performance of the offensive line, which made significant improvement from the opening week of the season.

“(We were) much more consistent in the second half,” he said. “I felt like we settled down. There were some guys that settled in, got their feet on the ground, started playing a little more physical, targeting the right guys. With our play-actions and boots and things of that nature, (it) gave us some some access to to have some success in the run game. And so you put those things together and we’ll continue to build on that.”

Wright missed the team’s opener for undisclosed reasons but had an interception, that led to a touchdown in the second quarter. He added an eight-yard sack and was credited with a tackle for a loss of five yards and caused a fumble in a 26-16 win at Florida last Saturday.

In addition, Kentucky receiver Dane Key was named SEC Newcomer of the Week. He had a spectacular 55-yard touchdown reception against the Gators and has caught a touchdown in his first two collegiate games. He had three receptions for 83 yards in his SEC debut.