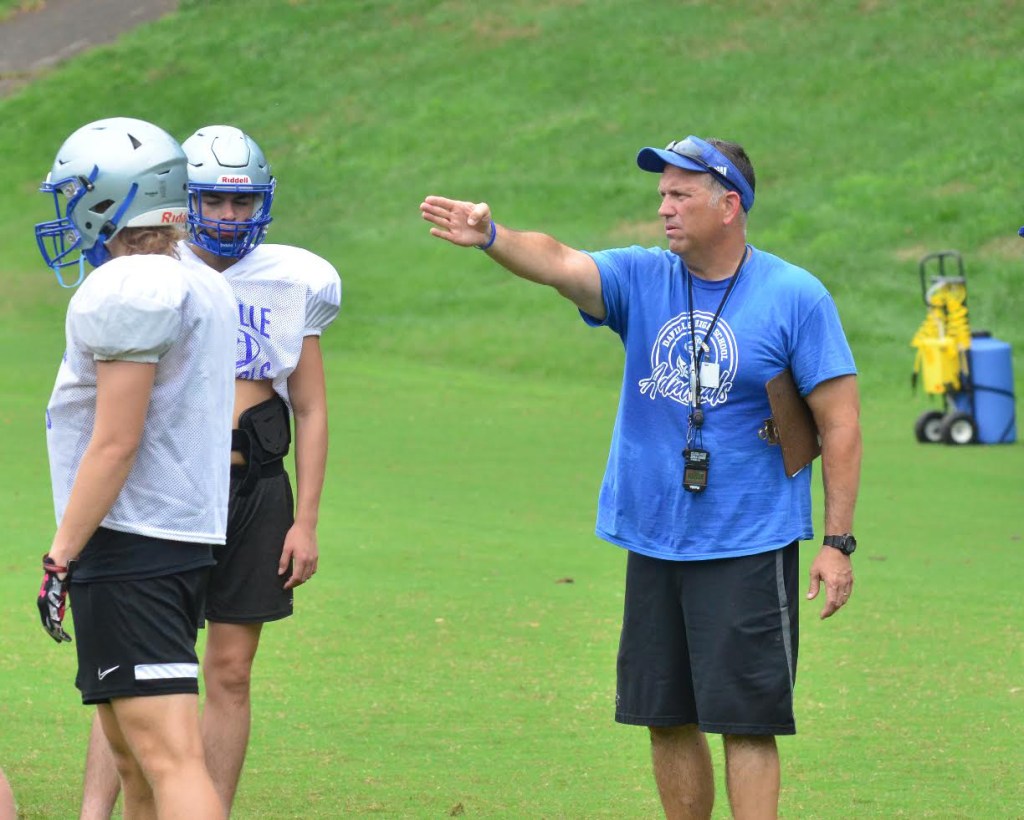 Atherton might be the most unfamiliar name on the Danville football schedule, but that doesn’t mean this is an insignificant game.

On a schedule heavy with local opponents and rivalries both old and new, Friday’s game is important for the Admirals for several reasons.

Chief among them: It gives them an opportunity to earn an important non-district win against an improving team that hails from the largest school on their schedule.

Danville (2-2) looks to snap a two-game losing streak and to celebrate a win on both homecoming and Bate Night at Admiral Stadium. Bate Night honors the legacy and alumni of Bate High School, which educated African-American students before the city’s schools were integrated.

Atherton (2-2) has won its last two games, beating Southern and Thomas Nelson by a combined score of 110-7.

The Ravens — they were the Rebels before a mascot change last year — haven’t had a winning season since 1976 but have been on the rise under fourth-year coach Anthony White.

They went 5-6 in White’s first season, and last year they went 6-6 and earned the first playoff victory in school history.

“Coach White has done an outstanding job there,” Peach said. “You can tell the kids (understand) the system because he’s been there a few years now. They know their roles and accept their roles really well.”

Atherton is a junior-dominated team, with 18 juniors and only 10 seniors on its 56-man roster.

Sophomore quarterback QuaShawn Thompson leads the Ravens’ offense, which includes a dual threat runner and receiver in senior Demetrius Dunlap and other capable receivers as well.

“They mix it up real well between run and pass. They can do both,” Peach said.

Atherton lost to Henry County and Kentucky Country Day before picking up its two wins.

Danville is coming off a last-second loss at Mercer County in which a series of penalties helped Mercer move downfield for a game-winning field goal. Peach said reducing penalties continues to be a priority for the Admirals.

“Some of it can be avoided and some of it’s hard to simulate, like a punt-block situation,” he said. “At the end of the day, you’ve just got to kind of work through those things, and we’re going to continue to do that.”

Danville’s defense has given up two touchdowns or less in three of four games, but Peach said tackling also needs to improve.

“I was disappointed in our tackling last week,” he said. “We’re going to do some type of tackling period (in practice) each day this week.”

He said coaches are continuing to emphasize not only areas that need work but also areas in which the Admirals are performing well.

“What do you do well? Let’s keep doing it. What do you not do well? We’re going to work on it,” Peach said.