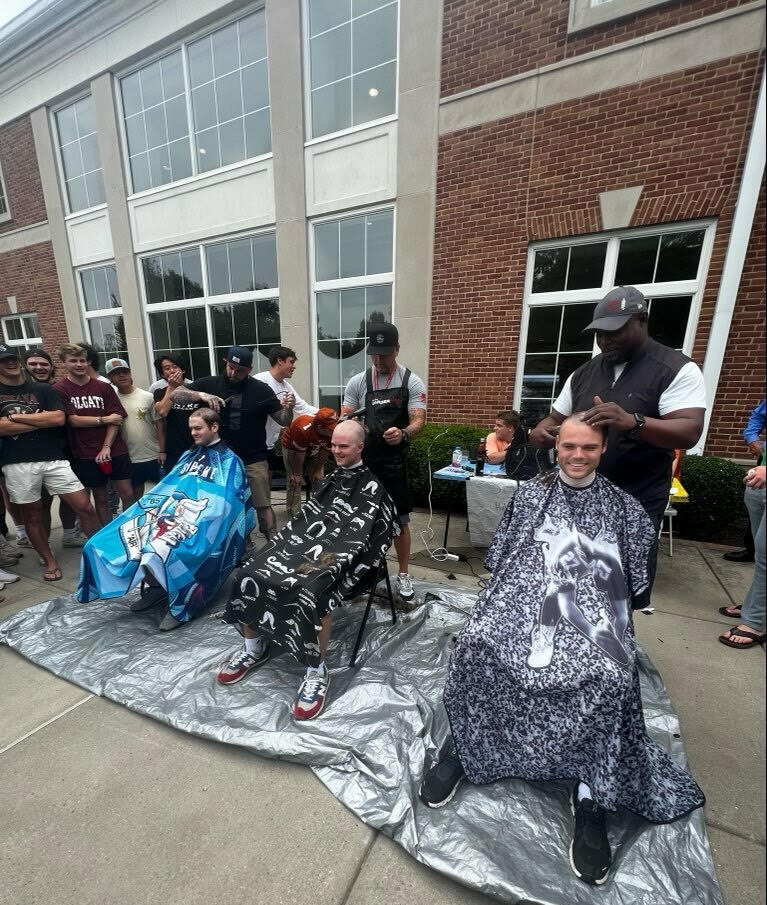 Students at Centre College get their heads shaved to raise money for cancer research. Photo submitted

“There were a ton of bald heads walking around campus now,” Dickens said. “We did really well and really happy with results.”

The fundraiser more than doubled its goal of raising $1,000 for cancer research.

The actual shaving was done courtesy of The Shop, a barber shop here in Danville. The head shaving attracted an audience, too. Dickens said a crowd of roughly 80 people gathered to watch as the barbers shaved their heads and gave them goofy haircuts along the way.

This isn’t the only fundraiser that the Sigma Chi plans to hold.

Sigma Chi fraternities across the nation hold various fundraisers in support of the Huntsman Cancer Foundation. The Centre College chapter hosts an annual Derby Days fundraiser in the spring, which is a week long fundraiser with different events each day.

The chapter is hoping to turn the head-shaving fundraiser into an annual event.