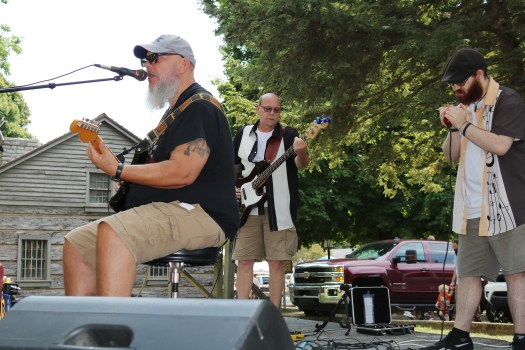 The Constitution Square Festival was back after what organizers called a hiatus of uncertain duration. Photo by Lance Gaither 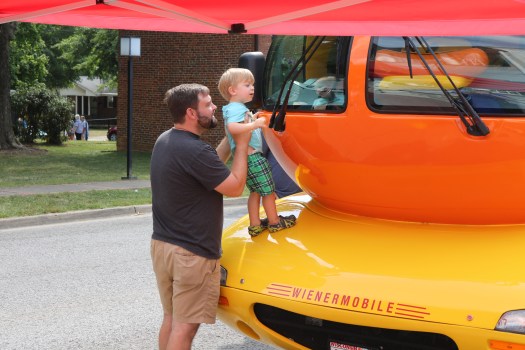 The Oscar Meyer Wienermobile drove all the way to Danville from Wisconsin. Photo by Lance Gaither 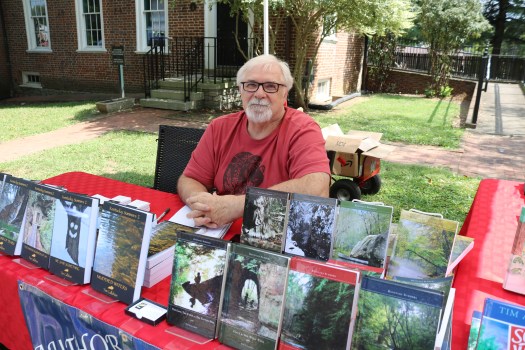 Kentucky author Tim Callahan exhibited at the festival again after many years. Photo by Lance Gaither 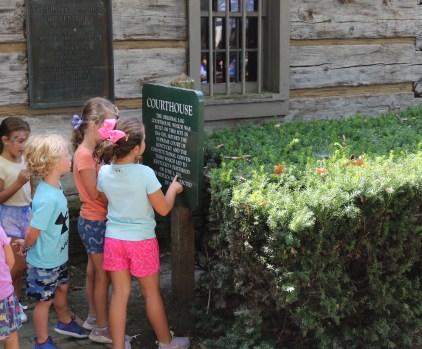 The festival included something for visitors of all ages. Photo by Lance Gaither 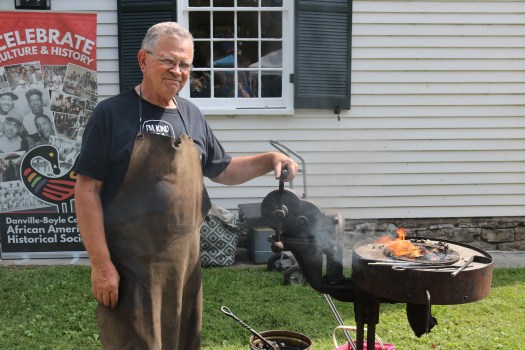 After an abscene of unknown duration, the Constitution Square Festival is back and was a massive success with more than 2,000 attending.

The festival was originally a three-day event held in Danville more than a decade ago, but no one associated with the event this year could confirm when it started, or  when it ended.

“The state was primary in the planning of the festival. The state turned the park over to the county,” said the Arts Commission Executive Director Mimi Becker. Becker said she believes the reason the festival was canceled was that the county didn’t have enough resources or volunteers to continue the tradition.  She went on to say the festival was brought back with the help of the success of the farmers market.

“It began with the commission adding artists to the market,” she said. “It went well and people were saying we should bring the Constitution Square Festival back.” The festival was brought back through a joint effort of the Arts Commission, the Farmers Market and The Chamber of Commerce.

The festival had various vendors, plenty of food, and live music. There was even an appearance of the famous Oscar Meyer Wienermobile.

“This is our first event in the Lexington area, and the first festival we’ve done in a while. We know they haven’t done this festival for several years so we are really happy to be a part of it.” said Wienermobile driver, or hotdogger as they are officially known, Sizzlin’ Shelby who drove the vehicle here from Wisconsin with her partner Corn-Dog Clara.

She said that the Wienermobile handles surprisingly well and gets gas mileage about that of large SUV thanks to its “aerodognamic” shape.

The festival had plenty more to offer alongside the Wienermobile. Constitution Square was packed with booths featuring local craftsman, artists and more. One booth featured a blacksmith demonstrating how nails were made in the old days.

“I like to make nails for the kids, it doesn’t take too long and I like seeing how big their eyes get when I make a nail and hand it to them,” said blacksmith  Dave Shadwick, who became a blacksmith 20 years ago after he retired. “I went out to my shop, started hammering away and have been happy ever since.”

Author Tim Callahan, best known for his series of novels Kentucky Summers, also made an appearance at the festival. He said that the Constitution Square Festival was always one of his favorite festivals to attend and that he jumped at the opportunity when he was invited back.

“I used to come here back when they used to have it,” Callahan said. “I have a lot of readers from the area. Its nice seeing old faces coming by my booth.”