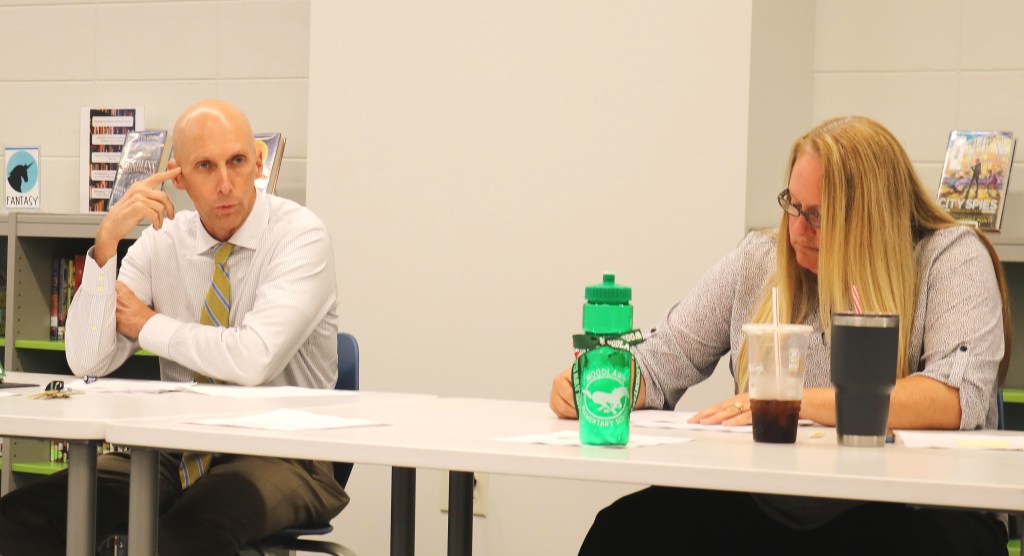 Boyle County Superintendent Mike Lafavers has announced his retirement at the end of the current school year.

Looking back on his years working for the Boyle County Schools, Superintendent Mike Lafavers reflected on how the district has changed, the challenges he has faced and more.

LaFavers announced his retirement at the end of the current school year at Tuesday’s board of education meeting.

Although he is not from Boyle County, his wife, Jerri, is, explaining how and why he became a teacher at Boyle County High School.

“One thing leads to another,” he said. “You don’t have a plan that you’re going to take a certain path. I wanted to become a principal, but never saw myself as a superintendent. It just sort of happened.”

Among the things he has enjoyed most about his time at Boyle County is that so many people were working together to help kids.

“Seeing our staff, whether it was the principals or the bus drivers all (were) doing great things for kids and pulling together for the children,” he said.

LaFavers has countless memories from throughout his time with the school system. He has faced challenges as a superintendent, the greatest of which have been outside factors, such as state funding.

Making his job easier, he said, was inheriting a strong school system and staff, that he hopes are even better now than when he arrived.

“We became a top-10 school district in the state of Kentucky,” he said. “We have received national recognition from Blue Ribbon (Schools Program) and AP honor-roll. We became a district of distinction academically and have been aggressive in improving our facilities. . .together through collaboration and teamwork we made some strong advancements.”

LaFavers learned a lot throughout his career, even as a superintendent. He admits early on he tried to do too much himself and was not good at delegating. He had to learn to trust the great team he already had in place to do their jobs.

It is the people, both students and staff, he will miss most after the school year is over.

LaFavers was a teacher at Boyle County High School for 13 years, teaching psychology, sociology, U.S. history, geography and world history. He went on to serve as the middle school principal for four years and for one year as assistant superintendent. He said he wants to spend his retirement spending more time with his wife and children, and although he said he might go back to work some day, he does not have any set plans.