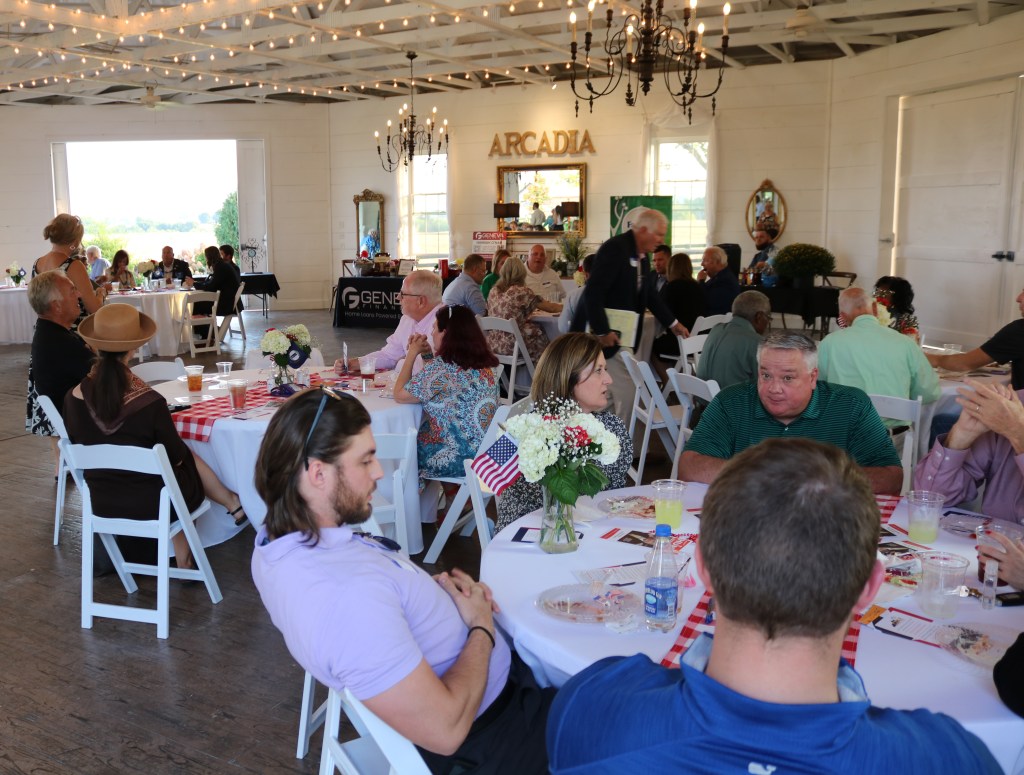 Attendees were able to hear what some of the candidates running for local office thought about certain issues during a dinner held by the Central Kentucky Association of Realtors. Photo by Lance Gaither

The Central Kentucky Association of Realtors recently held its annual political reception dinner to recognize service of incumbent office holders as well as offering candidates a chance to introduce themselves to association members and voice their views on some of the key issues voters will be thinking of when they head to the polls in November.

“We invite as many candidates we can,” said association president Mark Dexter. “The association is non-political. We have a lobbyist, but we are looking for candidates who support the interests of the housing industry.”

The association is non-partisan and invites any local or state politician to speak before the group. This year, the reception included numerous members of the Danville City Commission and many candidates running for other state and local offices. The association seeks to support candidates who favor policies that support real estate in Kentucky.

The Central Kentucky Association of Realtors was first founded in 1969 and serves to represent the interests of realtors in Boyle, Mercer, Lincoln, Garrard, Casey and Rockcastle counties. The reception dinners began in 2015 as a way to create a stronger sense of community between realtors and elected officials. This was the first dinner held since being canceled by the Covid-19.

Among the topics addressed this year were stopping wholesale of housing and creating affordable housing.

Real estate wholesaling is when an individual, the “wholesaler,” acquires a contract from the seller of a property and assigns that same contract to an end buyer. The property is not purchased by the wholesaler. Instead, the owner’s temporary contract allows them the right to sell it on their behalf. Wholesalers earn revenue through a wholesaling fee attached to the transaction — often a percentage of the overall property cost.

With two new battery plants opening in Kentucky, many realtors were concerned that there isn’t enough housing in those areas to support the anticipated population growth, citing the existing housing shortages. Many candidates said that they are in favor of creating more affordable housing – locally and statewide – and cited it as a key for economic growth.

The association also seeks to protect homeowners and home buyers. The association’s official stance is that wholesaling can artificially inflate prices and that individual buyers of wholesale housing are often given unfavorable mortgage contracts.