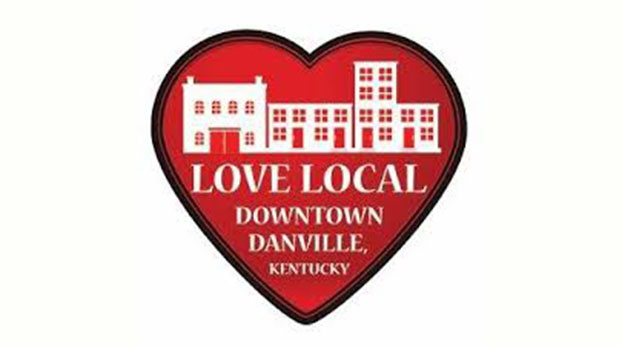 After four decades of promoting trade and tourism, the Heart of Danville will cease operations by the end of the year.

The announcement on Wednesday by the Heart of Danville board of directors through an email news release blamed the shutdown on a lack of volunteer help exacerbated by the Covid-19 pandemic and increasingly challenging accreditation standards .

“We are proud of the Heart’s many accomplishments that have made our award-winning downtown the envy of many communities,” Mary Conley, HOD’s executive director and its only employee, said. “However, Covid has sapped our volunteer force, and an increasingly rigorous set of new standards for annual re-accreditation requires enthusiastic support and strong funding from local government. We’re sad to disband, but it’s time to add our energies to the entities that receive that support.”

Since its inception 40 years ago, the 501(c)(3) organization has worked with business owners and volunteers to revitalize, preserve and promote Danville’s downtown area.

The Heart’s accomplishments and programs include securing grants to help local business owners improve storefronts, historic preservation workshops and education to support new and existing downtown businesses. The Heart played a key role in creating the public art process that resulted in the iconic Danville mural on Third Street.

“They wanted to move it to the bypass,” Senn said. “I remember the hours we put in at public hearings. It has meant a lot to keep it downtown. That was huge for downtown development.”

“The Heart of Danville has been a champion of our downtown, and we are extremely grateful to the hundreds of community members, business owners, and corporate sponsors who have collaborated with the Heart over these past four decades,” HOD board chair Ann Yager McCrosky said in the release. “I couldn’t be prouder of all that has been accomplished. When a newcomer arrives in our downtown, they are wowed by its beauty and charm, and the Heart has helped attract eateries and retail businesses to Danville’s commercial district, making it a fun place to visit and a great place to call home.”

Senn, owner of Carol’s Bridal and Gifts, founded Heart of Danville in 1982 with Clarence Wyatt, a former Centre College administrator and currently the president of Monmouth College in Illinois. She was surprised when she heard the announcement Tuesday evening.

“Very disappointed. There is a lot of disappointment,” Senn said. “I think we can do better.

“You have to change with the times. You have to attract young entrepreneurs and different types of businesses. If you stay up with it, it can be very positive, but you can’t give up on it.”

Comprised of four committees, organization, promotion, design and economic vitality, each with six to eight volunteer members, is overseen by a board of directors that over the years has shrunk in size from 14 to seven people.

Jeff Jewel, executive director of the Danville-Boyle County Chamber of Commerce only learned about the news when he opened the announcement in his email inbox. He said the news is part of a larger trend sweeping across Kentucky and the nation.

“There are much fewer Main Street programs on the ground than there used to be,” Jewel said. “A lot of the downtown renovation grant money has since dried up. Then you have to do all that work to get accreditation, but there is no money to go with it. Money does not come with these programs like it used to.”

Jewel has spent his career working with volunteers and knows the difficulties associated with finding good help, especially during the past three years.

According to a news release on Wednesday, the board voted unanimously to disband HOD during a meeting on Aug. 30.

“All you do depends on volunteers,” Jewel said.

“Volunteerism since the pandemic has been a serious issues. You rely on volunteers to get work done. Staffing is difficult right now, and finding volunteers is difficult. I can empathize on what a tough decision this must have been. We joke that it’s the same 12 people doing all these events, but that is a real problem, and it’s going on everywhere.”

Heart of Danville is accredited nationally by Main Street America and at the state level by the Kentucky Heritage Council. Accreditation is based on several factors, including data from local businesses submitted through survey. Getting everyone to respond to the survey has been a challenge, Conley said.

“It wasn’t just one thing. A lot of things came together that caused this,” Conley said.

“I don’t want our volunteers to think they are not appreciated. I appreciate all the work they have done.”