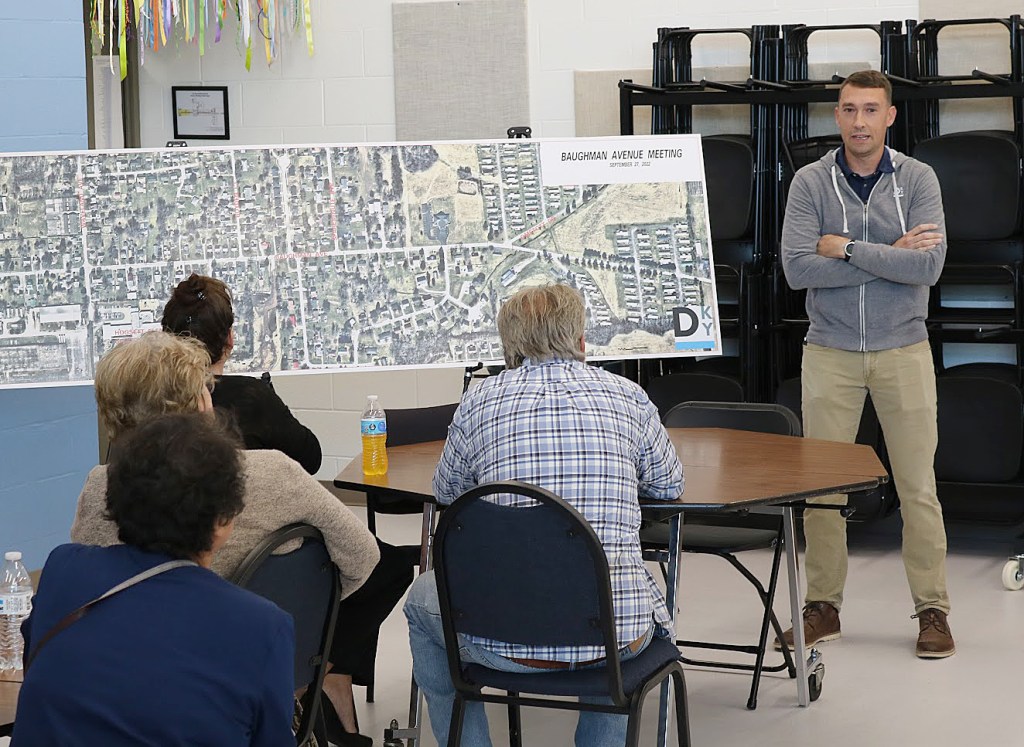 The City of Danville is considering building a sidewalk on Baughman Avenue and held a public forum to get feedback on the proposed project from area residents.

Many who attended the meeting said they were in favor of a sidewalk to increase safety for pedestrians and bicyclists. Others had concerns about losing land if the project continues forward, potential liability issues and being responsible for repairs to the sidewalk in the future.

City Engineer Josh Morgan explained that the city would prefer to use easements on land where the sidewalk would be installed rather than acquire it through eminent domain. He said that the state and federal government are currently issuing grants for improvements and he hopes the city can acquire one for the construction of the sidewalk.

Some people attending the meeting brought up the city’s past attempts to build a sidewalk on the street that failed due to people not wanting to give up their land. Morgan said he believes the project can still succeed even if some people refuse easements.

“I know the right-of-way is narrow there, but we can do some creative things to make it work,” he said. “At the end of the day, it’s not about perfection, it’s about giving people a safe place to walk.”

The plans to build the sidewalk are still in the very early stages. Currently there are no plans as to which side of the road the sidewalk will be built, or how long it will be. Morgan stated that he will look into concerns about liability for injuries and that he plans to hold more forums on the matter in the future.