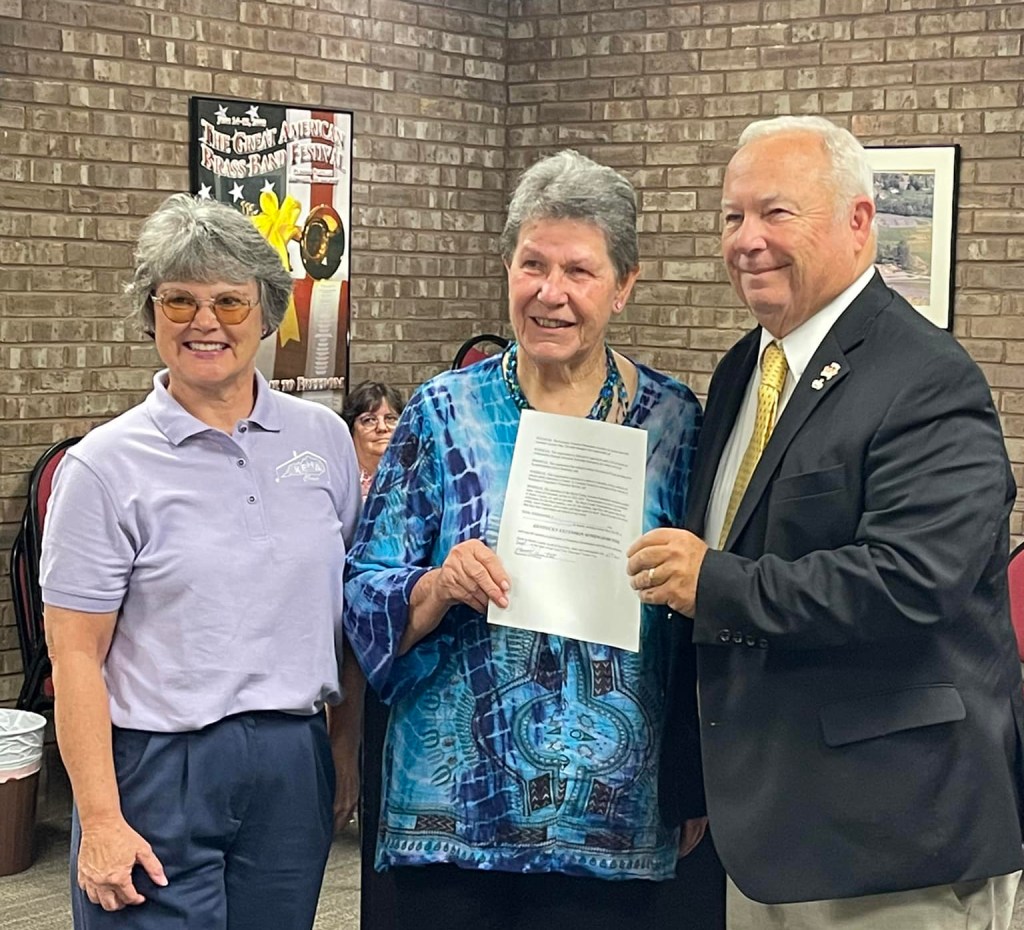 The Fiscal Court signed a memorandum of understanding between the Kentucky Transportation Cabinet and Boyle County for $1.6 million from the state to use in rebuilding Buster Pike bridge.

The bridge over the railroad tracks on Buster Pike is in very bad condition, and is damaging the tracks underneath it.

The state will reimburse the county for building a new bridge, while Norfolk Southern Railway will cover the cost of demolishing the current bridge. The court will sign a memorandum of agreement for Norfolk’s demolition at the next court meeting.

Norfolk currently owns the bridge, and will cover up to $200,000 for its demolition. But once the bridge is rebuilt, it will be county-owned.

Judge Executive Howard Hunt said the bridge may be demolished between Christmas and New Year’s of this year. He said there won’t be any access over that part of the road during construction, but he hopes construction will move fast.

“Jason [Cullen] and I and Duane [Campbell] have worked long and hard trying to minimize the time of down time that the road will be under construction,” Hunt said.

The county is talking about possible designs for the new bridge, as it will need to be high enough for trains and railroad work that needs to be done.

• Discussed issues with courthouse parking. Hunt explained that they have had trouble with courthouse visitors parking in employee spaces. He said whenever there’s a big court day, there simply aren’t enough spots in the parking lot.

Magistrate Jason Cullen suggested they work on putting together some sort of ordinance to solve the issue. He suggested possibly giving employees stickers for parking, and ticketing vehicles in employee spots that don’t have stickers.

Magistrate Jamey Gay said there’s no good answer but to add more parking. He said he believes customers should come first and that maybe they could find other places for employees to park.

“I don’t like the fact that all of our parking spaces are taken up by our employees of this building, but I don’t know where we put our employees either,” Gay said.

Magistrates mentioned that on-street parking is not a good option. One suggestion was to build a parking garage; another was to have employees put an orange cone in their spot whenever they leave during the day. The court agreed to keep talking about the issue.

• Hunt made a declaration for Homemakers Week in Boyle County, which is October 9 to 15.

• Honored a retiring worker, Marty Maddox, for over 27 years of service to the Boyle County Solid Waste and Recycling Center.

• Discussed the shortage of workers at the detention center, and how people have had to work overtime hours which takes a toll on their families. Magistrate Tom Ellis said they should seriously consider pay increases to attract workers, and institute an attendance policy.