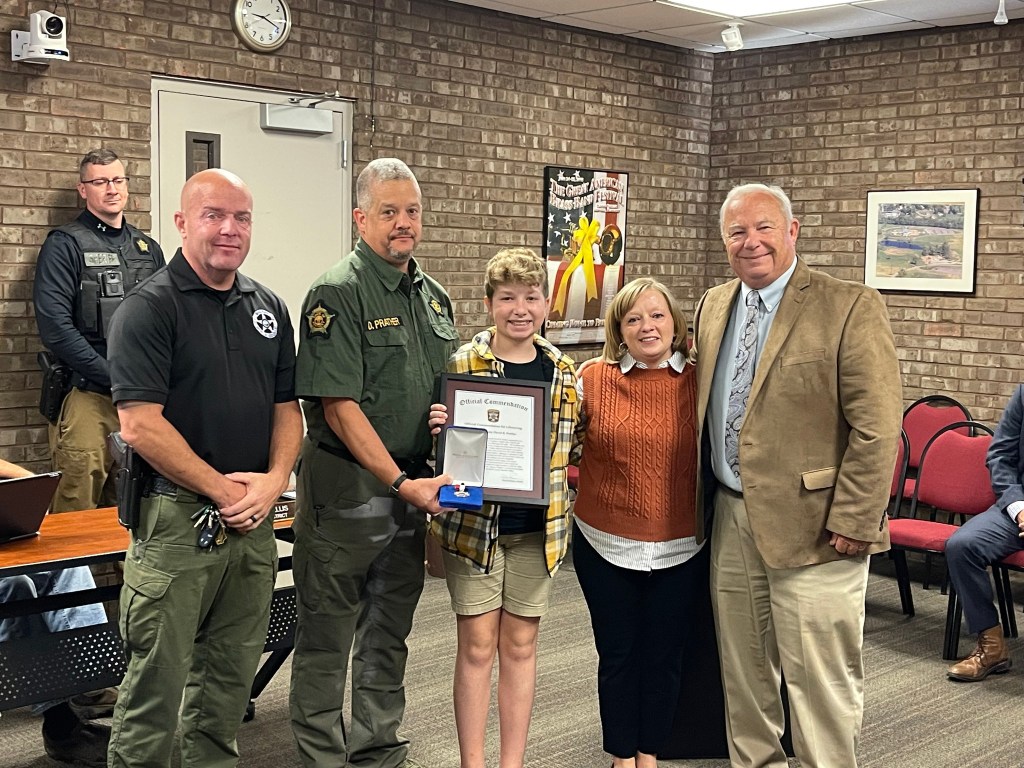 On August 24, the Boyle Sheriff’s Department was asked to assist in a remote area of Mercer County with a search and rescue of a missing woman and her three-year-old child. The woman was in an altered state of mind due to a medical condition.

Robbins explained that they needed to find them that night, as it was getting chilly and they were both in danger. He said Mercer had searched for four hours with five or six deputies and a drone, and could not find any sign of them.

When Boyle deputies arrived, they started searching in the area where the woman and her child were last known to be. Prather found some evidence that they had been there recently.

“Deputy Prather has got a unique skill; he kind of prides himself in man-tracking,” Robbins said.

He said within five or 10 minutes Prather heard the child playing on the edge of a creek, and found the mother was unconscious, but still breathing.

The mother was transported to the hospital, and the child was taken into custody. Robbins said both are doing well today.

“I don’t have any doubt that one or the other could have potentially lost their life that night, and Deputy Prather’s actions brought great credit upon himself and the Boyle County Sheriff’s Office,” Robbins said.

Prather said he has found missing people in the past as a deputy, and that he learned to track from a young age.

“My dad started teaching me tracking when I was seven or eight years old, tracking animals, and it just evolved from there and has turned into tracking people,” Prather said.

Prather recently attended a man-tracking class in Alabama, which he was scheduled to attend before finding the missing woman.

• Discussed funding for the new Danville Boyle County Development Corporation, but agreed to decide on funding after their first board meeting when they determine a possible budget.

• Agreed to purchase 32 new ballistic vests for the Sheriff’s Department. This is to replace ones they bought seven years ago that are wearing out.