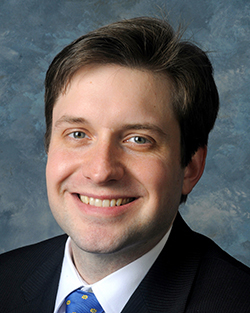 With session less than three months away, legislators wrapped up September with a series of interim joint committee meetings aimed at identifying the issues and potential solutions to address in the 2023 Regular Session.

IJC on Local Government: Members heard testimony on the impact an updated online tangible personal property tax filing system would have on Kentuckians. The current mainframe system was initially developed in 1988 and while it has been updated is quite inefficient. With advancements in technology throughout the years, upgrading the system would allow taxpayers and taxpayer representatives to file tax returns via an online portal. Lawmakers also received an update on modernizing recordings in county clerks’ offices. They were pleased to hear all but five counties currently offer e-recording.

IJC on State Government: Legislators were briefed on the 2023 Kentucky Employees’ Health Plan. KEHP administers health and flexible spending benefits for nearly 300,000 Kentuckians. Personnel Cabinet representatives shared they do not anticipate an increase in employee premium contributions in light of funding provided by the legislature to cover a 10% employer premium contribution increase passed. Additionally, members continued their conversation with the Kentucky Registry of Election Finance. The Registry’s online reporting system exists to bring more transparency to campaign finance reporting. Despite the project being implemented over two years ago, the system is still riddled with issues.

IJC on Veterans, Military Affairs and Public Protection: Members received an update from the Kentucky Department of Veterans Affairs, including news about 15 employees sent to the Labor Cabinet to assist with unemployment insurance claims caused by the state’s shutdown during the Covid pandemic. They also heard from USA Cares, an organization that provides military service members and families with financial assistance, post-service skills training and services aimed at preventing veteran suicides. The committee also heard from the Kentucky Fire Commission about the state of the fire departments across the state. They have a total of 18,000 paid and volunteer fire fighters, 13,000 of those being volunteer.

IJC on Health, Welfare, and Family Services: Members discussed pharmaceutical pricing and pharmacy benefit managers. Currently three companies control 80% of the PBM market, giving them a great deal of control over drug pricing throughout the country. The legislature has been looking into PBMs and their business practices as a way to control costs and ensure fair competition.

IJC on Economic Development and Workforce Investment: Members discussed the role of hospitals in Kentucky as both health care providers and economic contributors. Hospitals in Kentucky add $13.5 billion dollars to the economy and employ nearly 75,000 people, which is more than the bourbon and equine industry combined. Due to inflation and the pandemic, hospitals are struggling with energy costs, food costs, equipment costs, and the overall cost of providing services. Thus, the Kentucky Hospital Association is seeking to expand the Hospital Rate Improvement Program to include outpatients. This will make it possible for hospitals to draw more federal funds. Another major industry hurt by inflation is Century Aluminum. Century Aluminum has experienced increased energy costs and high turnover rates due to having to close its Hallsville location. As natural gas prices continue to rise, Kentucky’s aluminum industry is seeing costs to run its smelters double. The committee also heard concerns about the labor cabinet changing the definition of the employee and employer relationship, creating issues with worker’s compensation.

IJC on Licensing, Occupations, and Administrative Regulations: Lawmakers discussed the potential of joining an interstate compact for emergency management services. The EMS compact applies to EMS personnel when they are functioning on behalf of an organization that is licensed or approved in another state. Next, the committee discussed a proposal for electrical inspectors to do electrical work outside of the county they are licensed in, which would help with the shortage in skilled electricians. The committee also heard from the Kentucky Council on Problem Gambling. The council itself is not anti-gambling nor does it propose to receive any funding, rather is it advocating for a portion of profits that state receives from gambling to institute publicly funded awareness and prevention services. Committee members also heard from the Council of State Governments Justice Center which is pushing for allowing those who have completed their sentences but still have criminal records to be eligible for certain professional licenses, essentially giving them a second chance.

IJC on Tourism, Small Business, and Information Technology: Members heard from the Kentucky Department of Fish and Wildlife Resources and received an update on Eastern Kentucky tourism. KDFWR talked about its upcoming deer season and gave an update on chronic wasting disease. Five counties in western Kentucky will remain under special regulations for deer disease monitoring during the 2022-23 seasons. To date, the chronic wasting disease has not been found in Kentucky. The second presentation discussed how it is working to enhance tourism in Eastern Kentucky. Pikeville Tourism shared about their social media following. Prestonsburg Tourism discussed the challenges that came along with the economic impact of tourism in Kentucky in 2021. Some of those challenges include the workforce shortage, employment quarantine, and uniting varying viewpoints.

Public Pension Oversight Board: Lawmakers were updated on retiree health benefits. The Teachers’ Retirement System shared that state law guarantees retired teachers access to group coverage. However, the details of that coverage can change, and premiums have remained constant for about two decades. Board members also received an update on the potential positive impact of a law we passed to gradually eliminate the state’s individual income tax.

Commission on Race and Access to Opportunity: Commission members heard from the Lincoln Trail Area Development District and its Workforce Crisis Task Force. Currently, an individual cannot be eligible for expungement until five years after they served their sentence. The Workforce Crisis Task Force’s expungement program helps people with misdemeanors or class D felonies obtain expungement faster so they become more attractive to employers. The commission also heard from the Wanda Joyce Robinson Foundation, which supports children with incarcerated parents by providing school-based programs with mentorships, assisting visitation to the parents, assisting with basic needs, and offering caregiver support groups. The foundation advocates for a statewide school-based support group for children with incarcerated parents given that twelve percent of Kentucky children are affected by parent incarceration.

As always, I can be reached through the toll-free message line in Frankfort at 800-372-7181. Feel free to contact me via email at Daniel.Elliott@lrc.ky.gov. If you would like more information, please visit the legislature’s website at legislature.ky.gov.