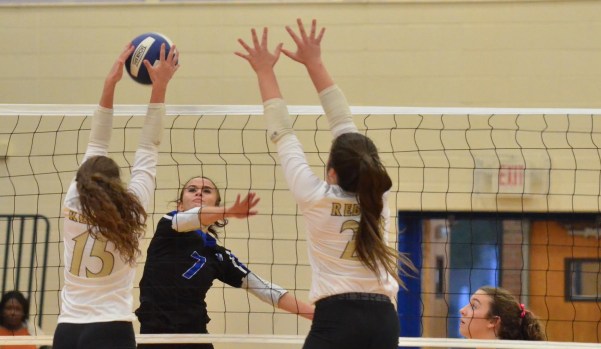 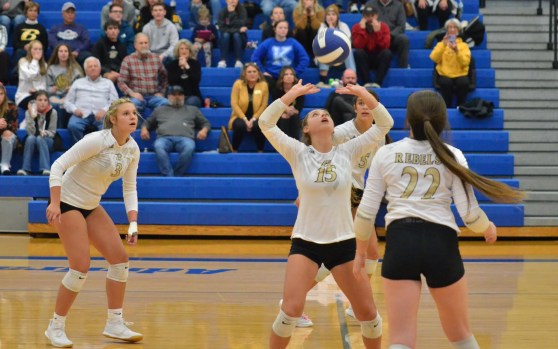 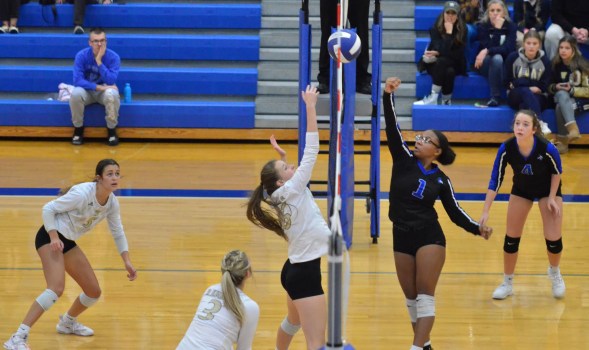 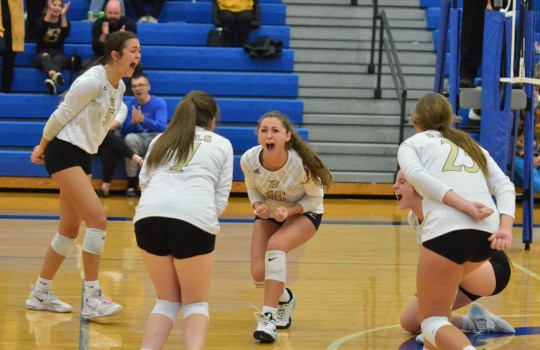 Its opponent was better, so Boyle County had to be better, too.

The Lady Rebels rose to the occasion Wednesday night in the finals of the 45th District Tournament, fighting off a Danville team they had dominated in recent matches to capture their first district title in five years.

“They had improved a lot throughout the season. When we played them earlier in the season they weren’t as tough, but they definitely upped their game, and we also upped our game. We just went all out,” Boyle outside hitter Addison Fowler said.

Boyle (20-16) defeated Danville (12-14) for the fifth consecutive time over the past two seasons to win its first title since 2017 and the right to host the 12th Region Tournament next week, but this match bore little resemblance to the other four between the crosstown rivals.

“I’m so very proud of how our girls played,” Danville coach Kayleigh Hunstad said. “When we played Boyle early in the season it was like we were scared to death. … This time they left it all on the court. Of course, we made mistakes, but that’s going to happen.”

Both teams showed their mettle in a hotly contested first set that the Lady Admirals led 19-13 before the Lady Rebels rallied to win 26-24.

“The way (Danville) finished the season I knew it was going to be a fight all night long, so being able to pull it out in that first set … it showed our mental toughness, and that’s one thing we focused on all year,” Boyle coach Eric Kenoyer said.

Boyle trailed 24-23 before scoring three straight points and closing the set on a kill by Camryn Thompson.

“It was really important to win the first set because they would have picked up (even) more than they did in the second set,” right side hitter Logan Kirkland said.

Danville coach Kayleigh Hunstad said, however, that Danville still managed to gain some momentum, as evidenced by its 25-15 win in the second set, which ended a string of 13 straight sets won by Boyle in the series.

“I think it also was a momentum swing for us because it fired them up and they knew that we could compete with (Boyle),” Hunstad said.

The rest of the match was close, though Boyle won the biggest points. Danville rallied from a 12-1 deficit in the third set to pull within 24-23 before Boyle scored the final point, and the Lady Rebels scored five of the final seven points to win the fourth set 25-19.

“We’ve gotten more consistent, I like how we’re covering the floor defensively, and that team chemistry just continues to build each week,” Kenoyer said. “We didn’t play great volleyball these last two days, but we played good enough to get by. Everybody stepped up, including the bench.”

It’s the first district title for any of Boyle’s current players, many of whom Kenoyer coached on middle school and club teams.

“To be able to see a little bit of the reward on the investment we’ve made is exciting,” he said.

So is the chance to host the regional, he said.

“We’re trying to build excitement for volleyball in Boyle County and around the area, so being able to host it just gives us an opportunity to showcase these girls,” Kenoyer said.

Danville will be part of the regional for the third time in four years, and Hunstad said the Lady Admirals, who won only three matches last season, are excited to be part of the tournament, which will begin Monday.

“I think they definitely are,” she said. “They’re upset, of course, … and we have things to work on. We always have room to grow.”