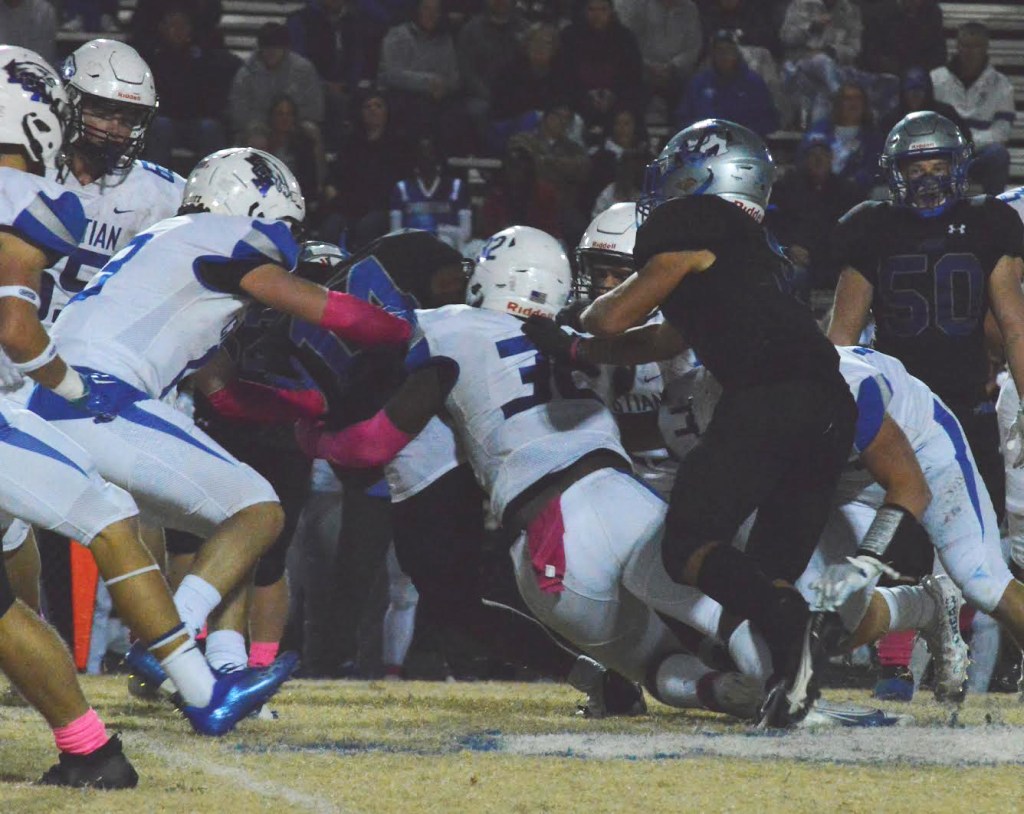 Champions. Both teams knew the definition of the word. Both teams work hours for it. They sweated for it and ached for it.

But players from Danville and Lexington Christian knew as they ran onto the field Friday night that only one team would get to walk off with that title.

Once again it was LCA, which defeated Danville 38-21 at Admiral Stadium to win the District 2A-4 championship for the third consecutive year.

The Admirals, who were playing for their first district title since 2017, held their own on a night in which Danville honored both its class of 2002 and the current team’s seniors.

“I thought the guys played really well, and they’re part of why we’re playing in the championship game,” Danville coach Mark Peach said of the seniors.

Cutter Boley threw for 287 yards and three touchdowns as LCA (5-4, 3-0) earned its fifth consecutive win over Danville and its third straight win at Admiral Stadium.

LCA struck first after Boley threw a 30-yard pass to Evan Brown that took the Eagles to the Danville 7-yard line and JVeontae Emerson ran in from there.

The Admirals responded on the first play of the second quarter with Demauriah Brown’s first touchdown pass of the season. Jalen Dunn caught that pass and ran past the defense to complete a 39-yard scoring play.

LCA’s next possession ended with an unsuccessful fake punt that gave Danville the ball at the Eagles’ 19, and Demauriah Brown scored on an 8-yard run to give the Admirals a 14-7 lead.

Boley’s 15-yard TD pass to Will Nichols allowed LCA to tie the game. Danville’s Braidin Baughman returned the ensuing kickoff 43 yards, but a subsequent touchdown was called back due to a holding penalty and the Admirals turned the ball over.

A superhuman 76-yard pass from Boley to Evan Brown put the Eagles back on top, and a field goal gave them a 24-14 halftime lead.

The second half started with a fumble recovery by the Admirals, but they gave the ball back on an interception that led to Boley’s third touchdown pass.

Demauriah Brown scored his second TD on a 54-yard run to pull Danville within 31-21 with 8:30 remaining, but LCA answered just over a minute later with a 35-yard TD run by Mac Darland.

Demauriah Brown ran for 156 yards on 21 attempts and completed three of 10 passes for 52 yards for Danville. Baughman had 36 rushing yards on nine attempts, and Dunn caught two passes for 49 yards.

“I’m just proud of the guys. We’re disappointed with the outcome, but not with the effort,” Peach said.