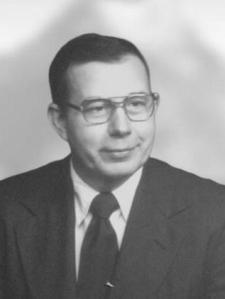 John Daniel Webb, 90, of Waynesfield, Ohio, died October 15, 2022 at his home with his family. “Dan” was born February 18, 1932 in Auglaize County, Ohio, son of the late Frank Silas and Madie Marie Bayliff Webb. He retired after more than 45 years as a welder at Superior Coach in Lima, Ohio. He was a member of the Lion’s Club, a lifetime member of the NRA, and a volunteer for the Wayne Township Fire Department. Dan is survived by his wife of 61 years, Patricia Ann Young Webb; a daughter and son-in-law, Carol Webb-Marshall (Mike); four grandchildren, Ryan Marshall (Ariel Downing), Bret Marshall (Katie), Bryce Marshall, and Alyssa Eleanor Webb Marshall (Dylan Barnett); a great granddaughter, Eleanor Rose Marshall; a son, David Brian Webb. Dan was born, raised, and resided on the farm that has been in the family since the early 1900’s. After a long day of work, he enjoyed time spent with nature on his Allis Chalmers or John Deere tractors or tending to his cows or sheep. Although he had many interests, his family was his highest priority. He followed his children and grandchildren, rarely missing any of their church, school, or sporting events. As the youngest of six siblings, born during the Great Depression, he was unable to attend college, yet deeply valued education. He became a voracious reader and self-taught historian. He committed his life to educating his children and instilling core principles of life-long learning and a strong work ethic. His proudest moments were seeing his children and grandchildren graduate from high school, college, and move into their professions. His quiet, unflappable demeanor, generosity, and gentleness will be missed by all who knew our “Grampa Dan”. Memorial donations are suggested to Heritage Hospice.