Cal moved by photo of miner and his son 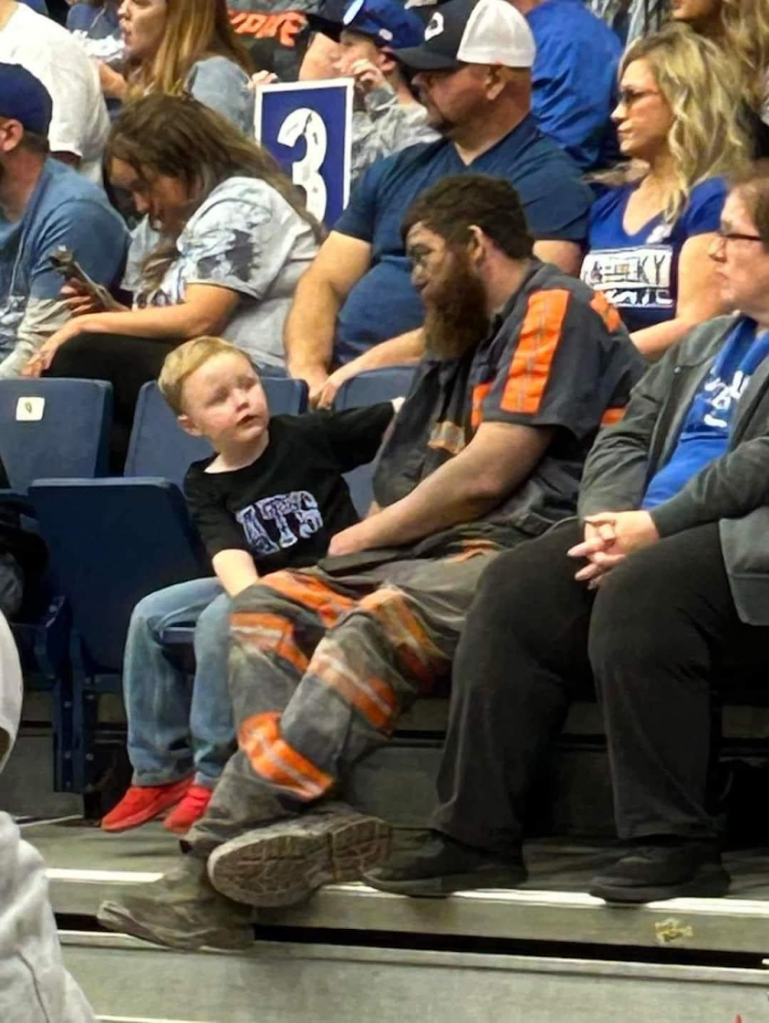 John Calipari talked some basketball during Media Day Tuesday at Memorial Coliseum, but the main topic wasn’t the Wildcats.

The Kentucky coach was touched by a photo of an eastern Kentucky coal miner and his son taken at Appalachian Wireless Arena in Pikeville last Saturday at the Blue-White scrimmage. In the now viral photo, Michael McGuire is pictured with soot on his face and wearing a miner’s uniform with his 3-year-old son, Easton, by his side.

Calipari said the photo “hit home as soon as I saw it.”

“It hit me right between the eyes when I saw it,” he said. “I had to find out later (who sent the photo to him), because I went to the coffee shop. Which one of you guys sent me this? It ended up being Marc Hill. I don’t know where he found it or where he saw it.”

Calipari was moved by McGuire’s desire to attend a scrimmage to be with his son following his shift at a coal mine.

Calipari called and offered McGuire, his wife Mollie and their son and daughter tickets and VIP treatment to an upcoming game at Rupp Arena. Mollie McGuire was surprised Calipari took the time to make the generous offer.

“‘My husband is humble. He’s hard working. This is hard work, but he makes enough being there that I don’t have to work. And he’s a great father. He’s done this many times. She said, ‘Do you know his beard is red?’ And I said ‘What do you mean?’ She said, ‘That was coal dust in his beard.’

She said ‘He hadn’t heard yet.’

Calipari later reached McGuire and told him the news.

“(He said), ‘They called me to the office. First of all, I thought I did something and I come out, they’re cheering me. What are you people doing?’”

Calipari added “bringing light” to “a good man, a hardworking Kentuckian and a coal miner who does everything he can to make time for his family and his son and his daughter” makes his job worthwhile and rewarding.

Calipari relayed the “great lesson” in the story to his team, which is all about accountability on and off the court. He showed them the photo of the miner and his son and talked about doing “backbreaking work that’s honorable work, but that he makes time for his son, even when he knew he couldn’t shower. It didn’t matter what he looked like, he just wanted to be with his son.