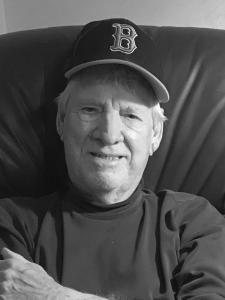 Ronald Bruce Clem, age 83, a longtime resident of Danville, Kentucky, peacefully passed away to his heavenly father on Saturday, October 29, 2022. He was born in Boyle County on May 31st, 1939, the son of the late Walter and Lora Omega (Coyle) Clem.
Ronald was a graduate of Junction City High School class of 1958. He then attended Fugazzi College of Business and graduated with a degree in Business Administration. After graduating, Ronald joined the Kentucky National Guard and worked as the Director of the State Department of Transportation Division of Bridges, where he retired after 34 years.
Ronald was well-known & liked throughout his community. He was a veteran coach with over forty years of experience who was very dedicated to providing guidance and instilling leadership in young people. Ronald began coaching for the Boyle County Recreation Department when his son Michael became interested in basketball. He coached basketball for 17 years, baseball for 12 years, football for six years, and girls’ softball for four years. Ronald
served as the assistant men’s basketball coach at St. Catharine College, Springfield KY, before becoming St. Catharine’s first men’s baseball coach.
Ronald was a lifelong career, gardener. He lovingly tended not only to his world-famous “incredible corn,” but many other crops as well. Ronald was nicknamed by his community the “King of Corn” and won several state fair exposition awards for his crops. Everyone he knew and loved remembers him delivering corn and a smile. Ronald was also the former President of the Danville Optimus Club and a member of the first Baptist Church of Danville.
In addition to his parents, Ronald was preceded in death by his brother Carroll Clem.
Left to mourn his memory and cherish his legacy are his two children, Rhonda Ann (Norman) Green and Michael Bruce (Connie) Clem; five grandchildren, Victoria Sheene, Myra Sheene, Cameron Clem, Hannah Green, and Garret Clem; One great-grandchild, Grant Clem; as well as his extended family and cherished friends who will deeply miss him.
The family of Ronald Clem will receive friends and family for visitation from 11:00 a.m. to 1:00 p.m., on Thursday, November 3, 2022, at Stith Funeral Home, Danville, KY. Funeral services will follow at 1:00 p.m. with Rev Brent Rowe and Rev Caroline Kelly officiating.
Serving as pallbearers are Cameron Clem, Garrett Clem, Mike Brummet, Justin Ryan, David Camic, and Robin Hyden. Honorary pallbearers will be Norman Green, Robert Gorley, Glen Gorley, Larry Fookes, Governor Brereton Jones, Governor Martha Layne Collins, Ed Hyatt, and Ed Johnson.
Burial will immediately follow the funeral at Bellevue Cemetery.
Online guestbook and Hugs from Home available at www.stithcares.com