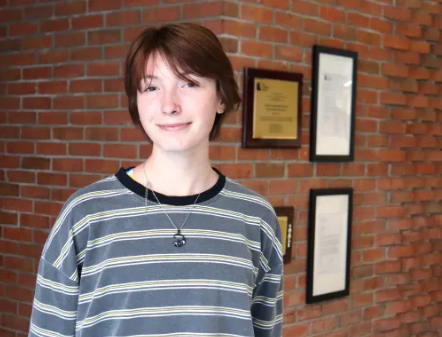 June Wagner of Danville Forensics received a perfect score in a virtual speech contest over the weekend. Photo submitted

Danville High School junior June Wagner represented Danville Forensics in a virtual speech contest over the weekend and received a perfect score in both rounds of competition. June competed in the broadcast announcing category where students write and perform news scripts and commercials as though they’re radio personalities.

Students from as far away as Hawaii entered the pre-season scrimmage, which was hosted online by Corbin High School Speech. Proceeds from the event went to Knott County Central High’s team to help them recover from this summer’s severe floods.

“I’m pretty new to forensics, and it was interesting,” Wagner said. “I was very surprised by the outcome of it.”