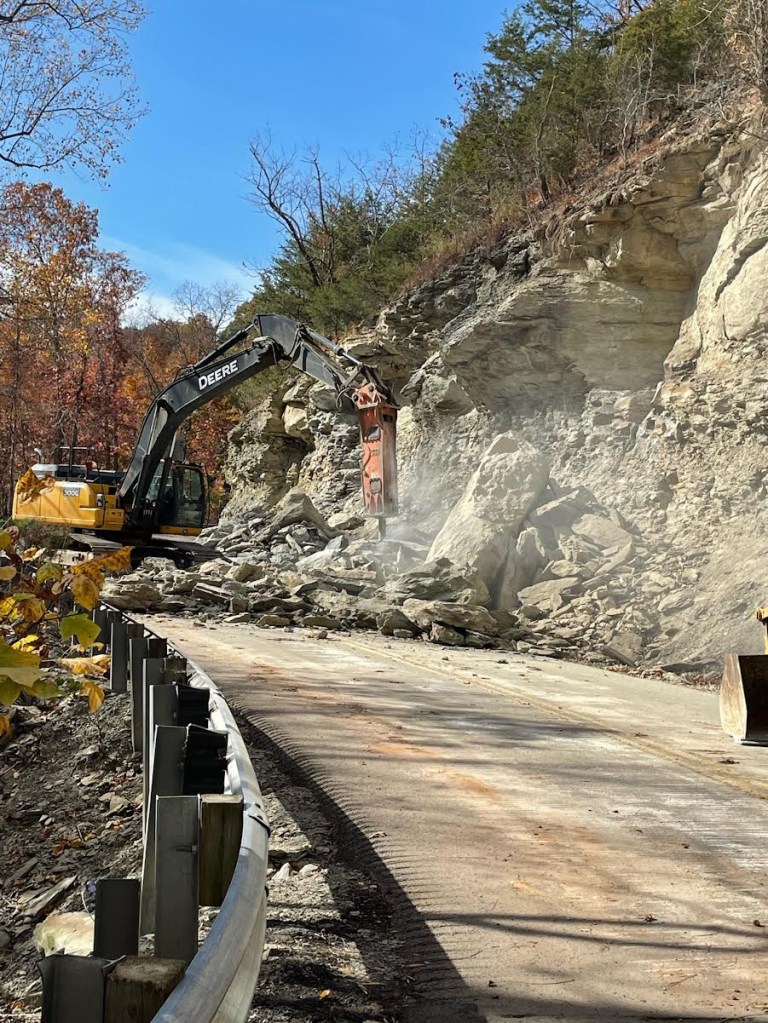 After Caldwell spotted an extreme ten foot high crevice where the sun clearly was shining through the overhanging boulder, he notified 1st District Magistrate Tom Ellis and Judge Executive Howard Hunt. Ellis contacted the State Transportation Cabinet while Judge Hunt worked with District 7 to get the project prioritized because of the dangerous situation.

800 (+/-) TON of rock was removed taking 145 truckloads! Magistrate Ellis said, “I feared that heavy rain, a mudslide above or winter freezing and thawing would almost assuredly have caused a catastrophic fracture. Initially, I estimated a 100 ton of rock! Now, hearing that the result was 8 times my estimation, I am grateful for KY Transportation Officials for expediting this problem.

“I am relieved that the situation is remedied and no harm came to our citizens. The crevice was clearly a danger and would have no doubt resulted in tragedy if it had given way,” said Judge Hunt who added, “Having a qualified EMA Director who is trained to spot things like this is invaluable. Brian Caldwell should be commended for noticing this danger while out driving the County roads and alerting us immediately.”