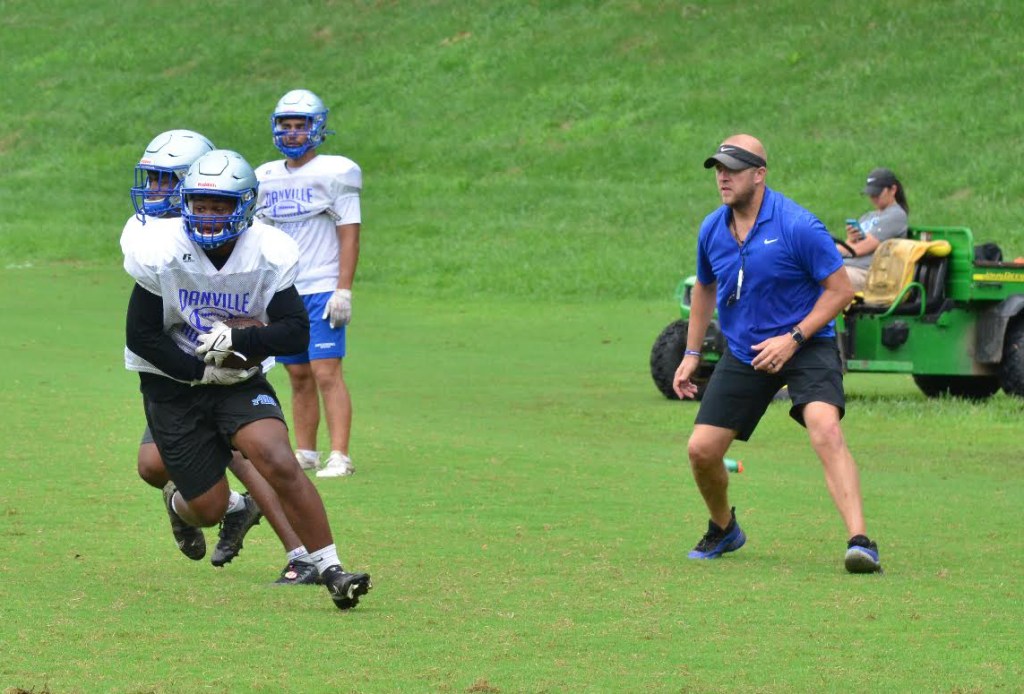 Things are different this week, but also the same.

As Danville moves into the postseason Friday, coach Mark Peach said he wanted the week of practice to be as routine as possible.

On the other hand, he wants to make sure that there is a heightened sense of urgency as the Admirals prepare to host Monroe County in the first round of the Class 2A playoffs.

“We’re trying to keep the preparation consistent, and we also reminded the guys that this is what we’ve been working for all year,” Peach said.

Danville (4-6) finished second in District 2A-4 for the second consecutive year to earn a home game in the first round.

“We’re excited about that,” Peach said. “We put ourselves in a good position.”

Monroe (3-7) wasn’t in a very good position after an 0-7 start, but the Falcons rallied to win their last three games, including district games against Clinton and Edmonson counties that allowed them to finish third in District 2A-3.

“They’ve gotten hot at the right time, and they played some difficult people (early in the season), too,” Peach said.

Monroe last won a playoff game in 2018 and last had a winning season in 2017. John Petett, who led the Falcons to three regional championships in 12 years before stepping down after the 2015 season, returned as head coach in 2020.

Another freshman, Brayden Baxter, shares rushing duties with senior Tate Sheffield and junior Cade Turner, and the three have combined for 955 yards and nine TDs.

Danville comes off a regular-season finale in which it had 546 offensive yards but lost 54-50 to Whitley County.

“I was proud of our effort, but we weren’t able to pull it out,” Peach said. “We had a huge night on offense, our kicking game did some good things, now defensively we’ve got a lot of things to work on. That’s what we’re trying to do this week.”

Danville and Monroe last met in a 2A regional championship game in 2010, which the Admirals won 48-21.