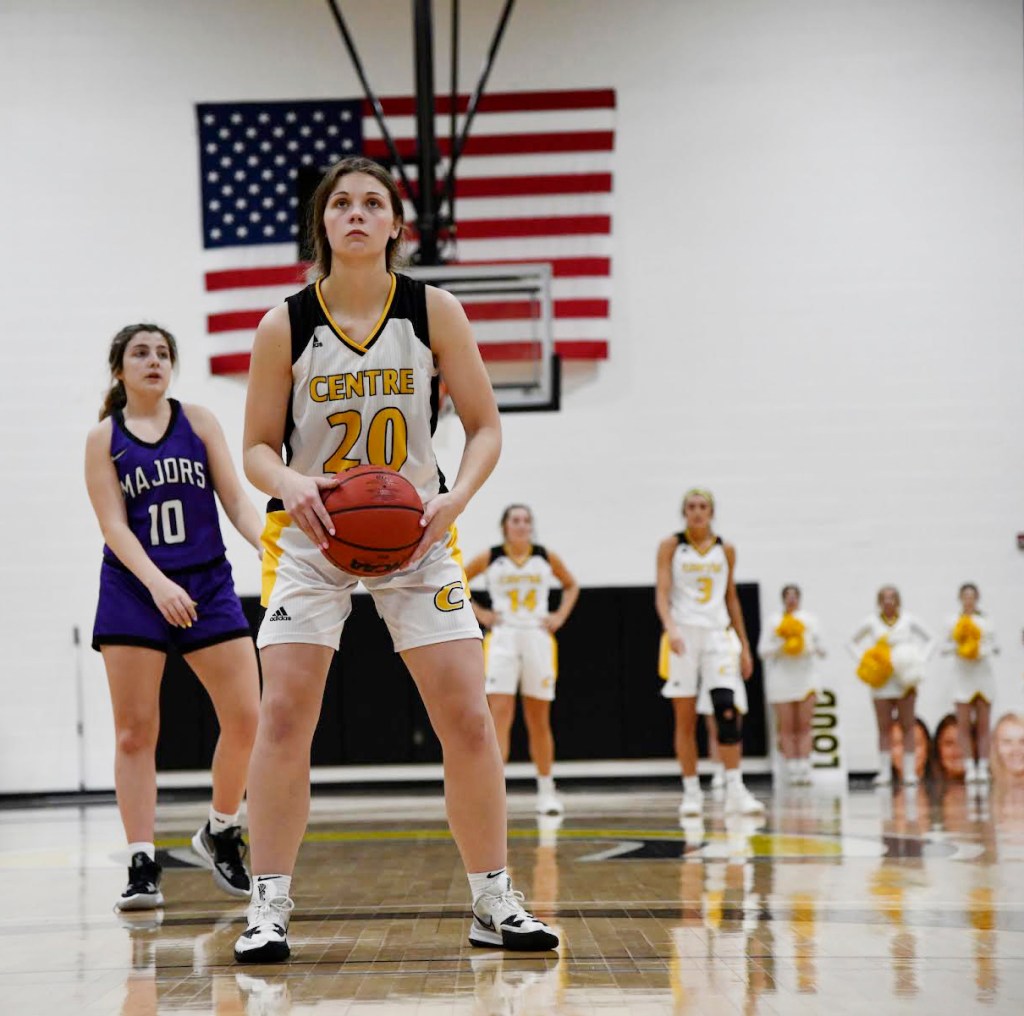 Her uncle, Keith Tarter, is in the Centre College Hall of Fame after his stellar football career. Her mother, Nell, was also a standout basketball player at Centre College. Her cousins are athletes. Her aunt, Jenny, also a Centre graduate who ran track for the Colonels, has been an Ironman participant.

So who is the best athlete in her family?

“We all enjoy sports. We like being with other people playing sports. It doesn’t matter what sport. We are just athletic and like to have fun playing.”

However, it was a non-sports experience that seems to have made the biggest impact on Duggins’ life. She’s a mathematics major who plans to be a doctor (her aunt Jenny is a doctor and she’s liked her stories of helping others).

But that is not what has influenced Duggins to soon pursue a medical career.

When she was in kindergarten in Casey County, she wrecked a utility terrain vehicle into a stone well and was in the hospital for about a month after lacerating her pancreas and liver.

“My dad said I was probably the most happy of anybody he’s ever seen in a hospital,” Duggins, a mathematics major and art minor, said. “I don’t know why I was so happy. I look at pictures of all my stuffed animals, doing art stuff when I was there. Everybody was coming to see me. I even had my sixth birthday in the hospital.

“I would like to do that to help other kids and their parents feel that way and not so sad and upset about being in the hospital.”

Now she’s concentrating on helping the Colonels have a successful season. She played in all 11 games her freshman year — the COVID season — and led Centre in field goal percentage (50) and free throw percentage (85). She started all 24 games as a sophomore and shot 50.6 percent from the field and 80.1 percent at the foul line.

“I hear I should shoot a lot more. I probably should. I can hit a 3. I think you might see more of that this year,” said Duggins, who helped Casey County win the 2020 12th Region championship.

Duggins admits she has gotten tougher mentally and physically at Centre, learning to deal with longer practices that also often start later than high school workouts did.

“The time you spend on basketball can be challenging with the time you spend on academics but I have still grown to be more social,” Duggins said. “In high school we were pretty successful but here is a different pace. I have grown more as a post (player) and not a 4 (power forward).”

After her career at Centre is over, Duggins would like to go to medical school. The classes, homework and extra credit convocations combined with basketball practice and weight workouts have forced her to learn to say no to a lot of things.

“You can’t always say yes because you are going to be tired and you have to know you can say no and it is okay. Having a social life is okay and you need one to survive but it’s hard. I do study groups, go have lunch and dinner together and hang out when homework is done to make sure I have some kind of social life. But you know that is all just part of what it takes to be an athlete here.”

Centre opens the season with two games in Ferrum, Va., Nov. 12 and 13 against Ferrum and Bridgewater before its home opener Nov. 18 against Spalding.