Thanksgiving day race fundraiser to benefit Shop with a Cop 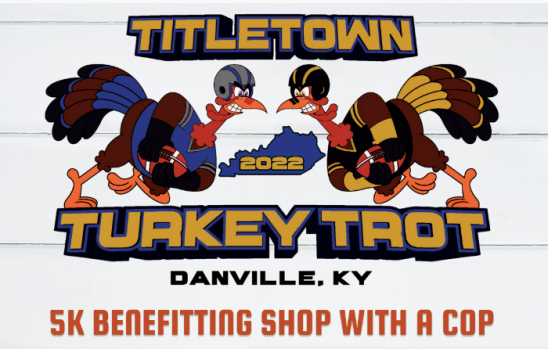 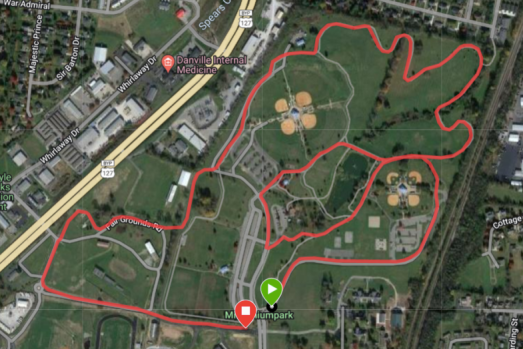 Thanksgiving day brings a new family event to Danville that will raise funds for Shop with a Cop.

The Titletown Turkey Trot will have a 5K race, a one-mile walk, food trucks, games, and a bouncy house. The event will be at Millennium Park on Thanksgiving morning, Nov. 24 starting at 8 a.m.

The 5K Turkey Trot will be for those ambitious enough to take on the full Millennium Park trail. It will be a chip timed event, and will go from 8 to 10:30 a.m. The price to enter is $30 and will increase after Nov. 10.

The one-mile Gobble Wobble is geared toward those who aren’t necessarily runners, and families with small children and pets. The Gobble Wobble will not be timed. It is $25, which will increase after Nov. 10, and will go from 8:10 to 10:30 a.m.

There is also a virtual race option for $35. People can sign up for the race by going to runsignup.com/Race/KY/Danville/TitletownTurkeyTrot

Race Producer John Bodner said the event will have a festival feel, with food trucks, donuts, coffee, bouncy houses, games, and someone dressed up as a turkey.

Bodner said over the years, fundraiser races have gone from having mainly runners trying to beat their best times, to being more of a festival-like experience for people to be with family, friends, and pets. He said the Danville market has a mix of both runners and the general public that wants to get out for an event, and they have gotten an even amount of both groups for this race. 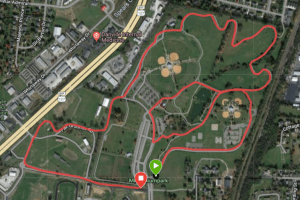 Bodner said they have 105 people currently registered for the race, and are projecting about 200, plus staff and volunteers. He said races in this area generally have about 100 participants, and this one will be bigger.

“We are getting a substantial amount of people that are coming to Danville from other locations; Jessamine County, Fayette County, Georgetown and Frankfort people as well,” Bodner said.

Bodner is an event director for Apex Promoz, which is based in South Carolina. He wanted to start this event in his hometown of Danville to help the Danville-Boyle County Shop with a Cop program, which his sister Jennifer Gaddis coordinates.

Gaddis coordinates the fundraising for Shop with a Cop, which usually needs about $4,500 to be fully funded. Last year she had about 20-25 businesses and community members that contributed various amounts of money.

The goal for this new event is to take over almost all fundraising for Shop with a Cop. Bodner said they plan to raise $2,000 to $3,000 this year. He explained that as a first-year event, they had to spend money on promotion to get the word out, but next year they won’t have to do as much promotion.

“Our goal would be next year that the event gets to a point where it’s large enough so that Shop with a Cop doesn’t have to do any fundraising; we will be the single event that fundraises for them,” Bodner said.

Making this event has brought together Bodner’s two siblings and mother, who are all involved in it. In addition to his sister Gaddis, his brother Brian Bodner’s company, Bodner Roofing, is the title sponsor for the event. His mother Paula Bodner is also a sponsor through “Paula Bodner for Boyle County Magistrate.”

“Something I’m kind of proud of is that all three of us [siblings] have been working together on this to get it off the ground,” Bodner said.

The event will have a check presentation for Shop with a Cop with the three siblings.

Bodner said he wants to start more races in Danville. Apex Promoz is putting on 2023’s Run for the Brass 5K at the Brass Band Festival, and he hopes to start another race here soon.