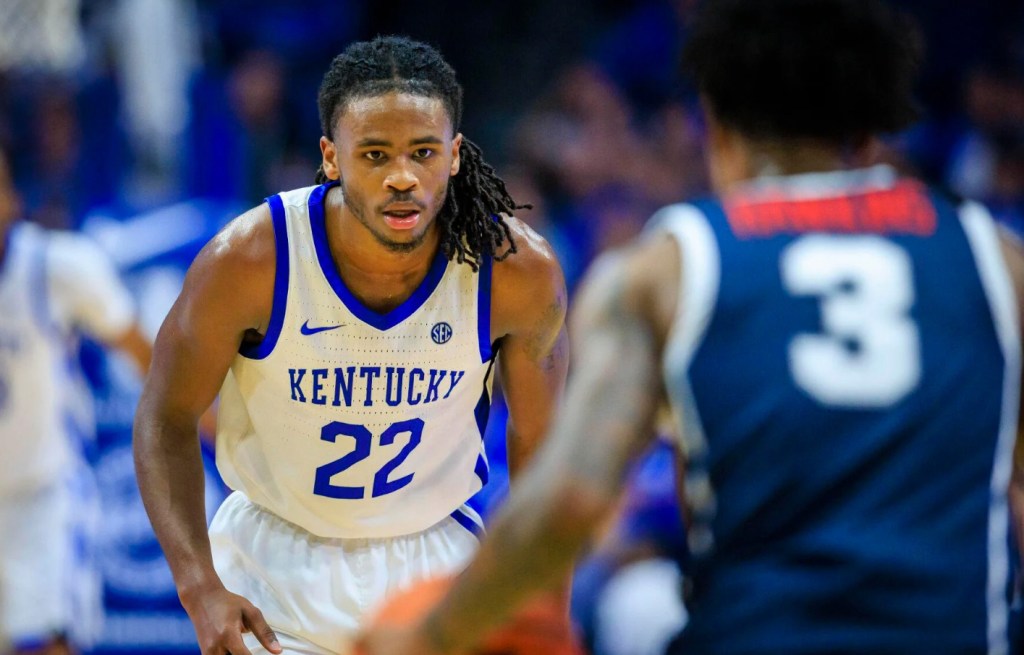 Kentucky was missing two of its five starters in the season opener Monday night but it didn’t matter.

Antonio Reeves scored 22 points to lead the fourth-ranked Wildcats to a 95-63 win over outmanned Howard. Reeves, an Illinois State transfer, knocked down six of the team’s 11 3-pointers in the easy victory. The six 3’s by Reeves set a school record for the most made in a debut.

“That’s wild,” Reeves said. “I didn’t know that. … I did pretty well for my first game. I was able to knock down shots and the team did as well. We all connected and rebounded it and moved the ball pretty well.”

Kentucky (1-0) was without veteran forward and National Player of the Year Oscar Tshiebwe and point guard Sahvir Wheeler. Both players are listed as day-to-day with right leg injuries going into Friday’s contest against Duquesne. Tshiebwe missed both exhibition games, while Wheeler sat out the blowout win over Kentucky State last Thursday night.

The Wildcats started freshmen Cason Wallace and Chris Livingston in the absence of Tshiebwe and Wheeler. The Wildcats also were without sophomore forward Daimion Collins (dealing with his father’s unexpected death). Collins is expected to play Friday.

Celebrating his 19th birthday, Wallace provided a solid floor game for Kentucky and just missed a triple-double in his collegiate debut. Wallace finished with 15 points, eight rebounds and nine assists.

“I couldn’t have imagined this (kind of game),” Wallace said. “This is great. I’m just coming out and (trying to play) my best game. … I played with my guys today, the best gift I could have.”

Kentucky coach John Calipari praised the performance by Wallace, who had just two turnovers in 35 minutes.

Senior transfer guard CJ Fredrick, also making his Rupp Arena debut, finished with 20 points and scored 11 of those in the opening half. Fredrick knocked down two shots from long range.

“You know what CJ does? He makes all the right plays,” Calipari said. “He played 36 minutes and no turnovers. That’s him.”

Jacob Toppin had his first career double-double with 15 points and 11 rebounds to round out four players in double figures.

Prior to the contest Tshiebwe received the Naismth Player of the Year trophy and also a game ball for scoring his 1,000th career point last year, which included his time at West Virginia.

“I wish we could have played like we’ve been practicing,” he said. “We struggled tonight.”

Even without his two seniors, Calipari likes the makeup of his squad even though the competition for minutes will get more intense when Tshiebwe and Wheeler return to the lineup.

“This is a unique and special group,” he said. “They’re competing for minutes, but they’re cheering for each other.”

Kentucky is back in action at 7 p.m. Friday at Rupp Arena vs. Duquesne.