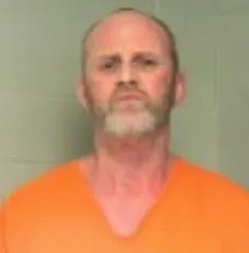 Casey Scott Armstrong, 47, of Danville was sentenced to 30 years in federal prison on Monday, by U.S. District Judge Karen Caldwell, for production of child pornography.

Armstrong appeared Monday in U.S. District Court for the Eastern District of Kentucky in Lexington. His plea agreement of 360 months confirms that in March 2021 Armstrong began sharing methamphetamine with a minor female, and in May that year Armstrong began engaging in sexual acts with the same minor, later producing two videos of himself engaging in sex with the child. The plea agreement also confirms that Armstrong gave methamphetamine and engaged in sex with another minor female in August 2021.

Under federal law, Armstrong must serve 85 percent of his prison sentence. Upon his release from prison, he will be under the supervision of the U.S. Probation Office for life.

The investigation was conducted by the FBI and Danville Police. Assistant U.S. Attorneys Erin Roth and Mary Melton prosecuted the case as part of Project Safe Childhood, a nationwide initiative to combat the growing epidemic of child sexual exploitation and abuse launched in May 2006 by the Department of Justice. Led by U.S. Attorneys’ Offices and the Criminal Division’s Child Exploitation and Obscenity Section, Project Safe Childhood marshals federal, state and local resources to better locate, apprehend and prosecute individuals who exploit children via the Internet as well as to identify and rescue victims.