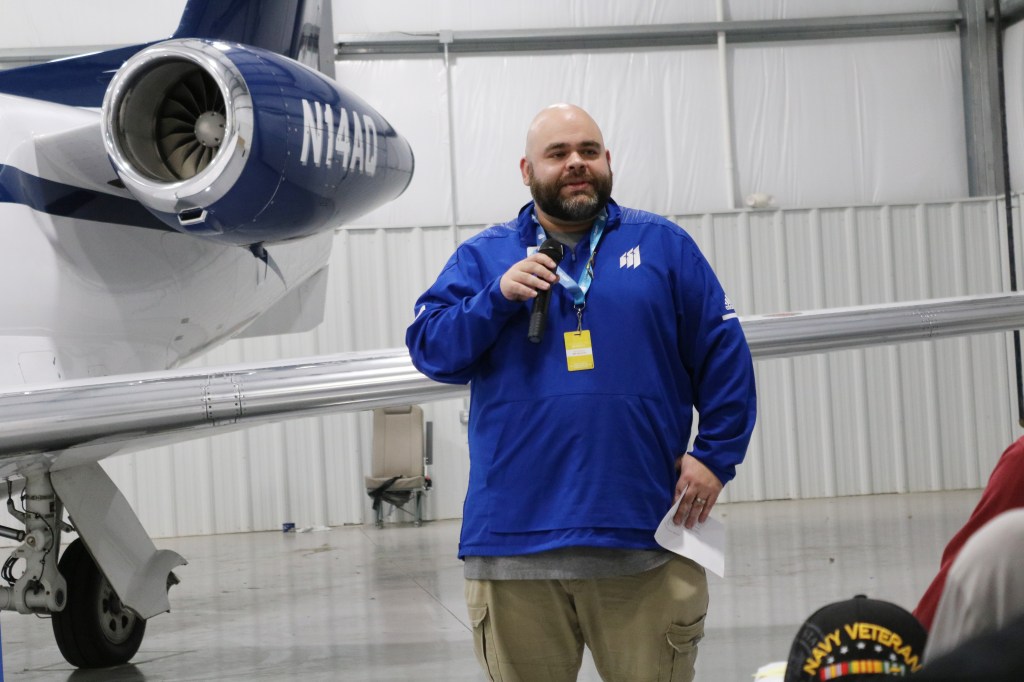 Dreamflight Charities Executive Director Drew Underwood says the goal of the organization is to teach life skills to students. Photo by Lance Gaither

On Friday, the Rotary Club of Danville visited Stuart Powell Field to learn about Dreamflight Charities, a non-profit organization that seeks to get students interested in aviation and provide flight training scholarships.

“We use our passion for aviation to instill core values,” said Executive Director of Dreamflight Charities Drew Underwood. “We want to teach them a valuable skill in the cockpit, but we want to do in such a way that it affects their life outside of it too. We want to make an impact that will last a lifetime. It’s amazing, you’ll have one of the most apathetic students who don’t care about anything. When you take them on a plane ride, give them some time at the controls, to see their faces when they land is one of the most exciting things for me.”

Underwood stressed the many skills that students can learn from aviation can be used in everyday life and in other career fields, such as mechanics and physics. He wants to create a program that is self-sustaining and citied a similar program at Samuels Field Airport in Bardstown that has secured its own funding by auctioning student-built kit planes as an example of what he hopes Dreamflight can achieve.

Underwood said that Kentucky is one of the top states for aerospace exports.

“We are leading the way in the industry and most people don’t even know it.” Underwood said, “We are the only state with three major airfreight carriers (UPS, DHL and Amazon). Its amazing how many opportunities are available. Morehead State University partnered with NASA to build a lunar module for Artemis 1. We are surrounded by spaceports in other states. They are looking at Kentucky as a hub for manufacturing and warehousing the parts for them. There is endless potential, we highlight that to students and push them into those industries.”