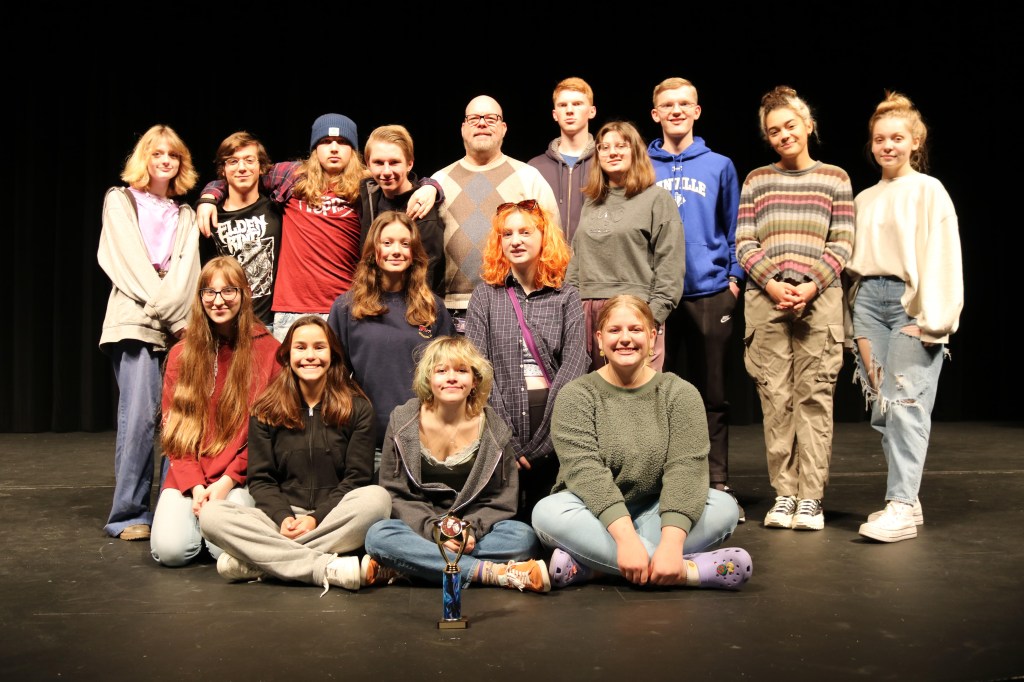 After being one of the three schools selected to advance through a regional festival at Danville High School, the DHS Theater Admirals will be at the state festival at Campbellsville University on Nov. 18-19.

“We had eight different schools here,” said drama teacher Darrell Rickmers. “When we did our show, I thought with all the schools here that our show wouldn’t be on the same the caliber. The kids did a great job and worked hard all day. When they announced the top three schools, Danville High School was the first one they called. The kids were as excited and shocked as I was. The kids had a good day and had a lot of fun with the show. The show we did was Help Wanted. I thought the kids would really be able to relate to the play. Our kids added a lot to it to bring it all to life. It was a unique show and the kids really fit into the roles.”

Danville last advanced to the state competition in 2011, when the team finished as state runner-up.

“Its been a while since our students have had this opportunity and gotten these accolades,” said Danville Independent Arts Director Jane Dewey. “It has been great.”
Hayden Maples played several roles in the play and was selected as the all-star cast member from DHS’s show.

“I thought going up against some other plays that I really enjoyed watching I didn’t think we had a chance,” Maples said. “We still went out there, did our best and had fun.”

“I don’t think any of us actually believed it,” Farmer said. “When they announced it I was confused and excited.”