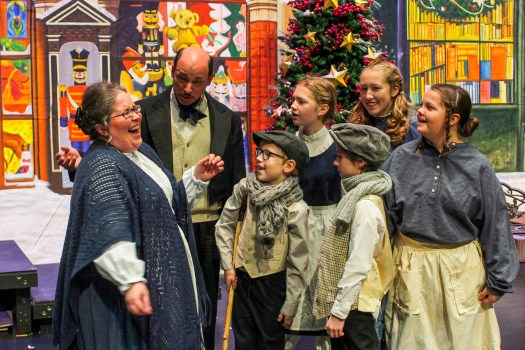 Tiny Tim (center with crutch) and the rest of the Cratchit family laugh during “Scrooge! The Musical.” Photo by Fiona Morgan 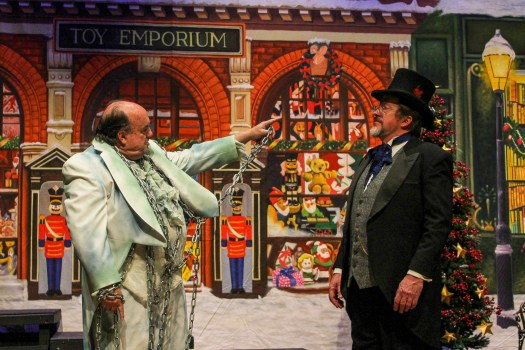 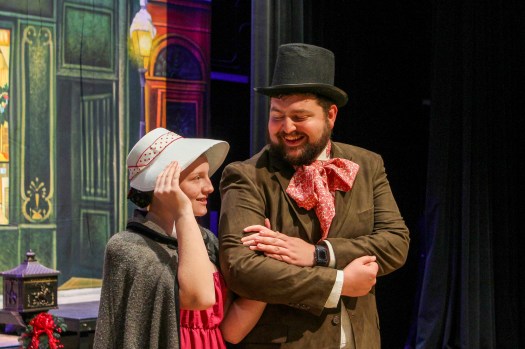 Actors rehearse their parts in “Scrooge! The Musical.” Photo by Fiona Morgan 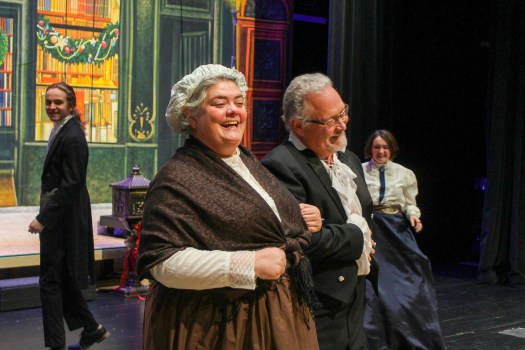 Actors in “Scrooge! The Musical” during a dress rehearsal. Photo by Fiona Morgan 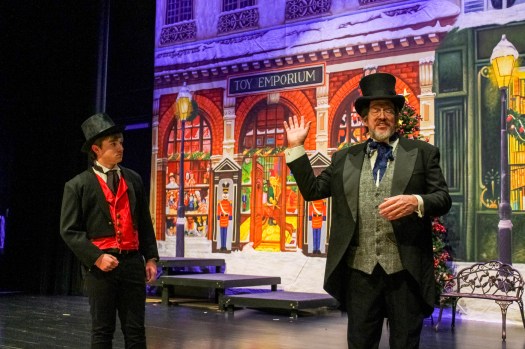 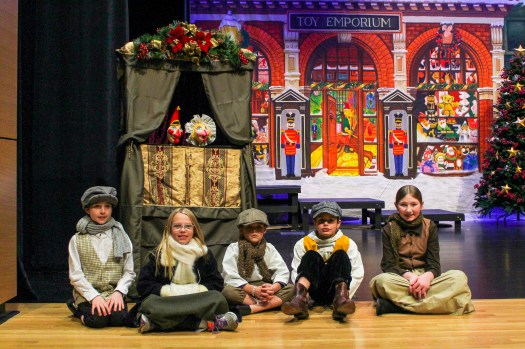 Kids in "Scrooge! the musical" watch a puppet show. photo by Fiona Morgan 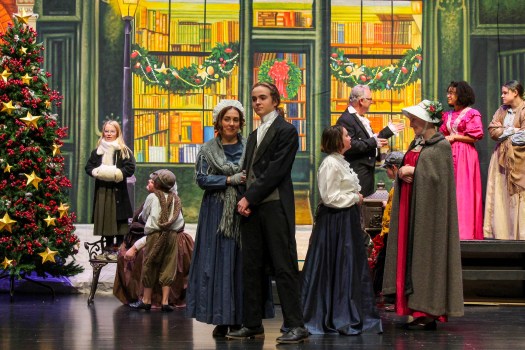 The cast of “Scrooge! The Musical” gets ready for rehearsal. Photo by Fiona Morgan

West T. Hill Community Theater and the Boyle County Arts Academy are collaborating on a production of “Scrooge! The Musical.” The show dates are Dec. 2, 3, 4, 9 and 10. Friday and Saturday performances start at 7:30 p.m. and the Sunday’s show starts at 3 p.m.

The musical is a 1970s adaptation of the famous “A Christmas Carol” by Charles Dickens. Ebenezer Scrooge is played by Mark Gebert; Bob Cratchit is played by Christopher Meccia; and Mrs. Cratchit by Casey Tibbles.

The show will be at the new Boyle County Performing Arts Center. Dr. Frieda Gebert with Boyle County Schools brought the idea of collaborating on this show to West T. Hill Director Karen Logue. She loved the idea, and is serving as artistic director for the show.

“West T. Hill is all about collaboration, we love to do things like that, so we formed a dream team and that’s what it is, it’s huge,” Logue said.

The cast consists of 39 people. Auditions were open to not only students at the Boyle Arts Academy, but to all kids and adults in the area. The cast has people from Boyle County and six other surrounding counties. The show is much larger than what West T. Hill has done in recent years.

“It was a challenge, but it’s something I’m used to, just on a much bigger scale,” Logue said. “We have big casts at West T. Hill but nothing like this, and of course we don’t have this size stage.”

West T. Hill seats around 100 people whereas the performing arts center seats 500. Frieda Gebert, who was a drama teacher at Boyle County Schools for almost a decade and now works as arts coordinator for the district, said the show requires people of all ages, something that a high school or middle school can’t provide alone.

“The roles in this play range everything from Tiny Tim, a five-year-old, all the way to old folk, and no high school can do that,” Gebert said.

“This is a very hard show musically,” Gebert said. “We have a rock solid foundation.”

“I directed Kolton since he was eight years old in plays, and now he’s a colleague, it’s incredible the way it’s come full circle,” Logue said.

Both Logue and Gebert said they hope Boyle County Schools and West T. Hill will collaborate again in the future.