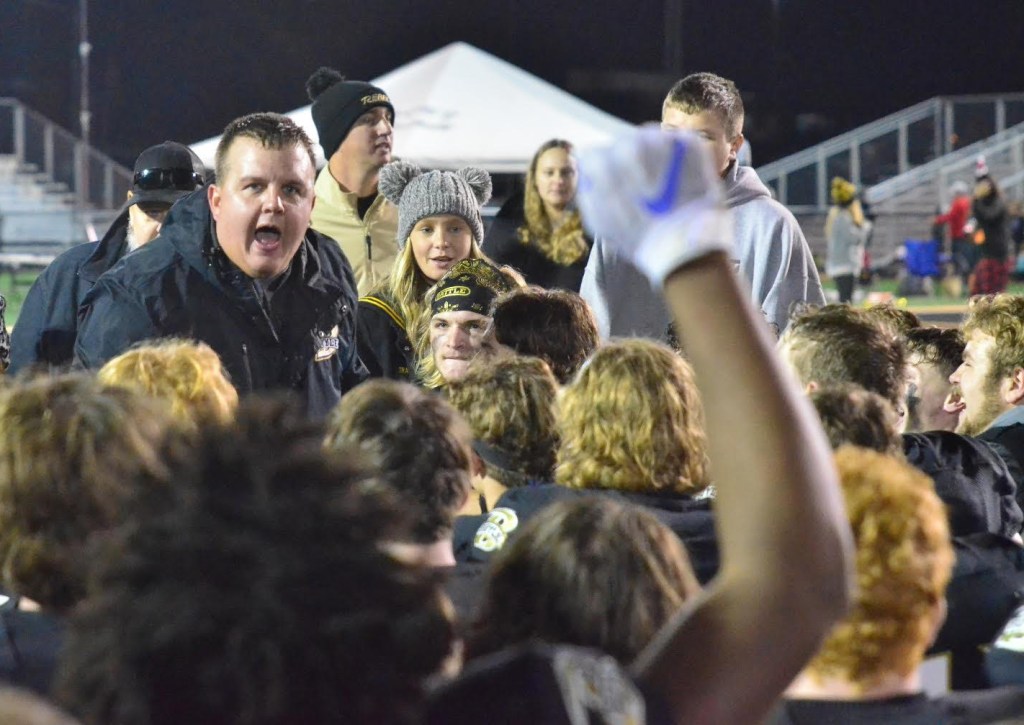 Haddix has made it clear that Friday’s state championship game isn’t about him, but the fact that he was Corbin’s coach before he was Boyle County’s coach is a subplot that can’t be ignored.

Haddix spent six seasons at Corbin before coming to Boyle in 2020, and he’s familiar with many of the players who will line up for the Redhounds and with the coach with whom he’ll match wits in Friday’s Class 4A championship in Lexington.

And while he’s happy at Boyle, where he has led the Rebels to state titles in his first two seasons, he has nothing but good things to say about his time in Corbin.

“It’s a great community, and I have a lot of great friends there,” Haddix said. “Both communities love football, and they’ve both got great kids.”

Haddix led Corbin to the state finals in 2017 and ’18, and his teams won four regional championships in six seasons in which he went 64-18. The Redhounds’ success during those years reignited a fire in a community that dearly loves its football but hadn’t seen its team play for a state title since 2002.

“That hadn’t been done there in a while … so it was great seeing the excitement the community had,” he said.

The seniors who will play for Corbin on Friday were freshmen in Haddix’s last season there, and many of them saw quite a bit of action on that 2019 team.

“A lot of them had to play then because we were young,” Haddix said.

Haddix is familiar with the players who came right behind them, too. He taught at Corbin Middle School, so he saw the players who make up most of the rest of the roster in the school building as well as on the football field.

Haddix was 29 years old when he left his first head coaching job at Perry County Central for Corbin in 2014. He said he was attracted by the chance to coach at a tradition-rich program with strong community support.

“If I wanted to win the big game, I didn’t feel like I had that (at Perry),” he said. “Corbin traditionally is a football town, a football school. I want to be at those type of places.”

Haddix took the Corbin job only about three months before the 2014 season, and one of his most significant moves was to bring Tom Greer onto his staff as defensive coordinator.

Greer, a Corbin native who played on the Redhounds’ most recent championship teams in 1980 and ’82, had spent 19 years on the staff at Bell County — including four as head coach from 1997-2000 — before returning to the Corbin school district as a principal in 2014. He called the defense for Haddix’s first five seasons in Corbin.

“That’s what he took care of, and I took care of the offense. It worked out well, and we won a lot of games,” Haddix said.

Greer left the staff in 2019 when he took a position in the district office, but he returned to the field as head coach after Haddix left for Boyle in 2020.

“He’s a good coach. He does a great job, and they’re going to be well prepared,” Haddix said.

Like Haddix, Greer said Friday’s game isn’t about them.

“Justin Haddix is not going to throw one pass, and Tom Greer isn’t going to make one tackle or throw the football,” Greer told the 13th Region Media Network. “We’re going to go over there and have the best seat in the house and watch 11 players on each team play.”

Each coach certainly has some idea of the other’s tendencies, but Haddix said that shouldn’t have much of an impact on how the game unfolds.