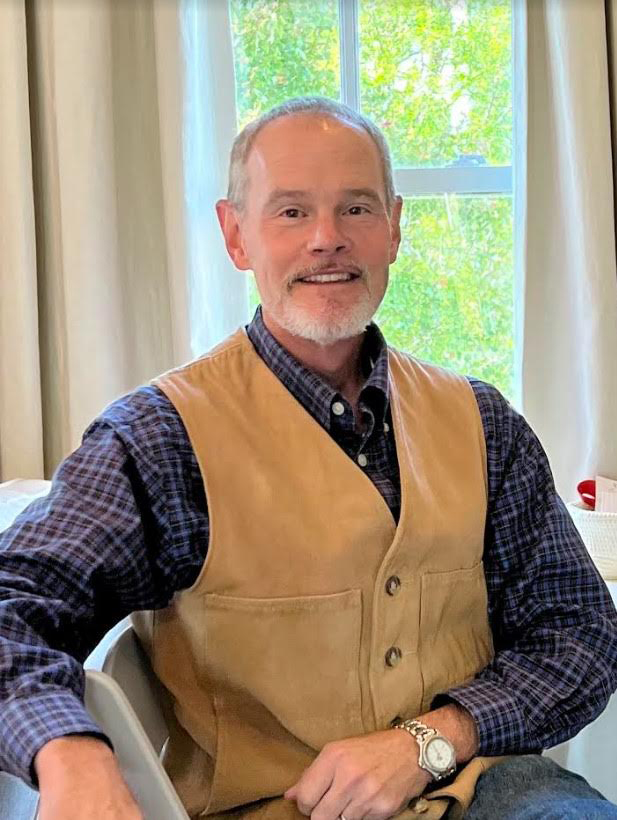 Alan Arnold says it is important to give back to the community. Photo submitted

Alan Arnold, a 1982 Danville High School graduate, has made several contributions to Edna L. Toliver Intermediate School over the years. He has made these contributions along with his wife, Susan Arnold, including a recent donation to the school to offer a dissection experience in the school’s science lab.

Arnold worked for Delta Airlines for 20 years, where he was vice president and deputy general counsel, specializing in commercial contracts. He was also chief compliance officer. Now, he’s a self-employed lawyer and does contract work. He also volunteers for Habitat for Humanity in Atlanta, where he lives. He shared his Danville Schools experience.

Answer: I went to Toliver, and I went to Bate junior high. I was the last class to actually graduate from Bate junior high before it became the middle school. Then I went to Danville High School. I came to the district in the second grade. I went to a Catholic school for kindergarten and first grade.

A: The Danville school system really instilled in me a great sense of curiosity and intellectual rigor. The school system, when I went through it, was very competitive, and the curriculum was pretty tough. And there were lots and lots of smart kids I went to school with that made me want to work hard.

A: There are a number, I think. My entire experience with music in the Danville Schools was instrumental in my learning how to work with people, be part of a team, and work hard for the success of the team and to try to be someone the team could count on. And I would say that, academically, there were a number of teachers who really challenged me and the rest of the students to excel and to work hard. Mrs. Morgan, who taught math, and Wayne Cabral, who taught social studies, and the chemistry and physics teacher, Mr. Don Hoffman, were three teachers who really prepared me for college and beyond in terms of what they expected out of students. And they really expected the very best and knew when you weren’t giving them your best — they would call you on it and make you work hard.

A: I would say to look for teachers who demand excellence and instill curiosity in their students, and beyond that, I think that parents should trust the teachers to teach. I know these days, parents can sometimes be quite involved in their students’ academic lives, which is good, but sometimes they can go overboard. I think the quality of teachers — the value of that is really hard to overstate, and I think that’s where parents should really look, to make sure the school continues to hire and foster really talented teachers because that’s the most important part of getting a good education, is having a good teacher.

A: I would say first off, I am very proud to have gone to the Danville Schools for most of my pre-college education, and I feel like it’s important I give something back so that students today can have some of the same opportunities that I had. As an example of that, in our science classes, we were able to do really interesting things like dissection, and when I learned that the budget didn’t support that, I wanted to make sure the students today got that opportunity because it’s kind of a memorable and eye-opening thing to do, and it really fosters creativity and curiosity, and so I wanted to make sure the kids had that opportunity today, the same way i had the opportunity when I was in school.

We have tried to support Toliver school. We also — my wife and I — supported the creation of a STREAM lab at Toliver — science, technology, reading, engineering, art and math — lab and helped get that going several years ago. We did that for the same reason as supporting the dissection project — we wanted the kids to have the most state-of-the-art opportunity to get as good an education as possible and to let kids have the opportunity to get ahead. The resources at the school are really critical to that, so we wanted to support it.