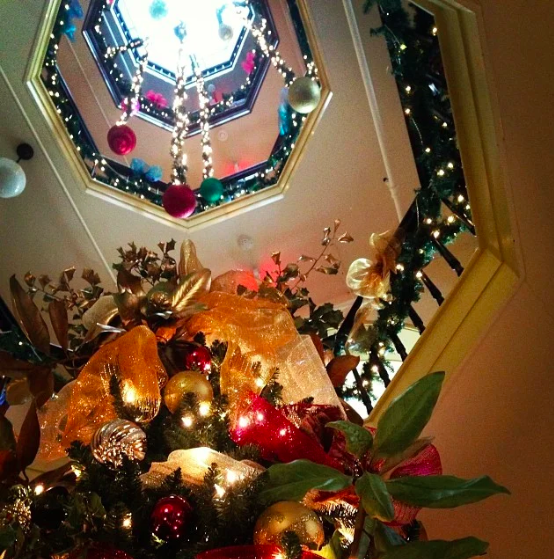 Kentucky School for the Deaf is continuing its 200th anniversary celebration with some Christmas events this week.

They are hosting Candlelight Christmas Tours of Jacobs Hall this Friday, Dec. 9 from 5 p.m. to 8 p.m. There will also be a Holiday Open House at Jacobs Hall on Saturday from 10 a.m. to 4 p.m.

The hall will be full of Christmas decorations, lights, and candles in every window. Jacobs Hall museum staff will be giving tours of the first, second and third floors of the building.

There will be light refreshments on both days and the gift shop will be open. Saturday will have a signing Santa and trains. Adult tickets are $10; kids 6 and under are $5, and kids 2 and under are free.

Jacobs Hall is an Italianate building by architect Thomas Lewinski, constructed from 1855 to 1857. It is the school’s oldest surviving building.

The interior is marked by a main hall with a curving staircase and four-story atrium open to the cupola. The building is named after John A. Jacobs, KSD’s first trained teacher, principal, and third superintendent. He graduated from Centre College and became a teacher at KSD in its earliest days.

According to a historical archive, “Knowing he was unprepared to teach deaf students, Jacobs took a leave of absence to attend the American Asylum in Hartford, Connecticut. There, he studied under Thomas Gallaudet and Laurent Clerc, who were pioneers in the field of deaf education. When Jacobs returned to Danville in late 1825, the KSD trustees named him principal of the institution. As principal, Jacobs taught classes, expanded the campus, raised funds, and increased the number of students.”

The building is located at 303 South Second Street in Danville.

The Danville Christmas parade is happening Saturday, and KSD retired and former employees will have a float to honor the 200th anniversary of the school.

Member of the 200th anniversary committee Barbie Harris said the float will be a historic scene of the school featuring employees dressed as Mr. and Mrs. Jacobs. Harris will be Mrs. Jacobs.

The Gallaudet-Clerc Banquet will be Thursday at 6 p.m. at Grow Hall, 303 South Second Street. It is named after the teachers that Jacobs studied under. The banquet will have a guest speaker who will talk about historical facts about Gallaudet and Clerc.

Tickets to the banquet are $15 per person and will not be sold at the door.