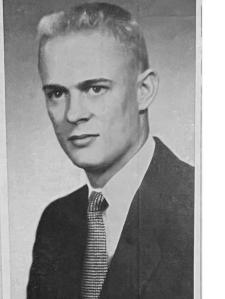 Charles Everett Dixon, Jr. known to family and friends as “Buddy” or “Charlie”, died on December 3, 2022, at age 87 in Atlanta, Georgia. “Buddy” and his surviving wife, Betty Jane Jones Dixon, were both natives of Danville, Kentucky, and graduates of Danville High School.

After serving two years in the Army, Buddy began his career in telecommunications at Western Electric, ultimately retiring from AT&T. Upon retirement he helped establish the Senior Men’s Tennis Program at Blackburn Park in Brookhaven, GA, bringing his love for the game to fellow enthusiasts who became beloved friends.

A private service will be held at Bellevue Cemetery in Danville, KY.