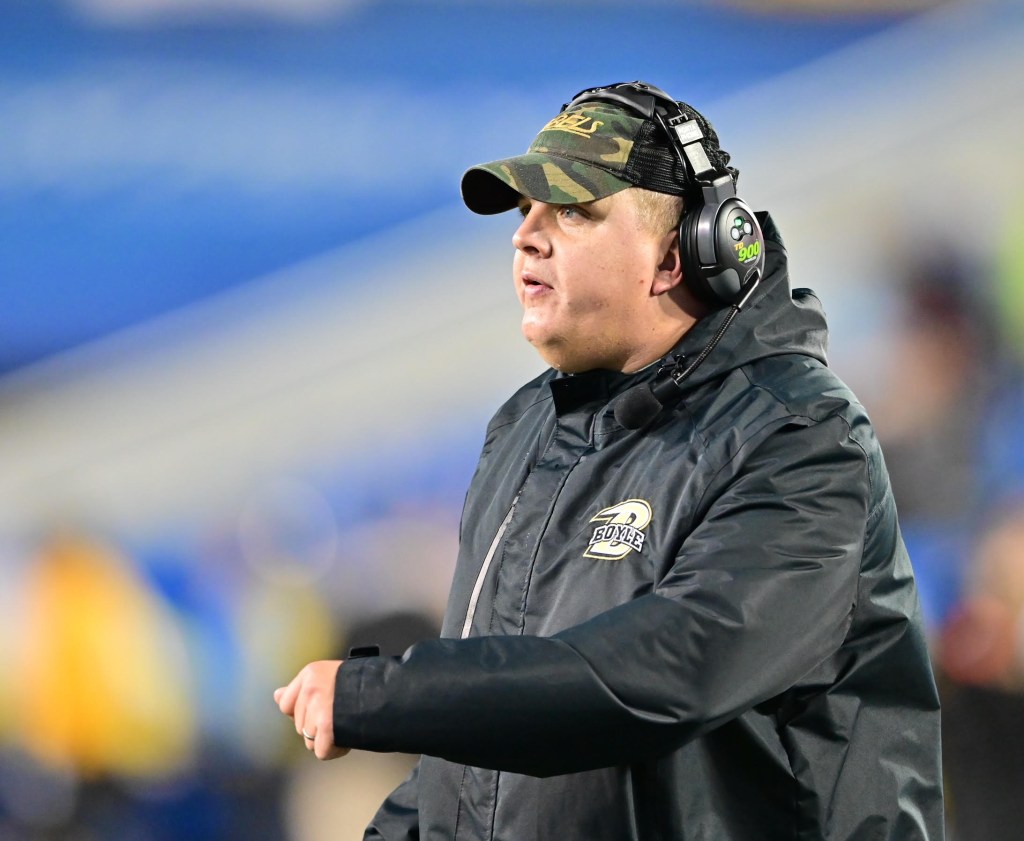 There’s nothing to be gained by comparing championships, so let’s not do that.

There is no point in using words like “better” or “sweeter” or “more special” to describe Boyle County’s latest football championship.

Even so, it’s fair to say that the state championship Boyle won a week ago carried a great deal of significance. That much was clear in the moments just before and after the Rebels finished off their victory over Corbin in the Class 4A championship at Kroger Field in Lexington.

The unbridled exuberance that accompanies any win at this level was very much in evidence as time ran out on the Rebels’ 32-26 win. But along with the joy of boys who had achieved their ultimate goal — many of them for the second or third year in a row — came the satisfaction of accomplishing a most difficult task.

It’s hard to win any state championship, even when you have the goods to do it, and it was more difficult for Boyle to do so this season than it had been in either of the previous two seasons.

To be clear, Boyle was nobody’s underdog. It was no surprise to anyone when a program that has become one of the very best in Kentucky won its third straight title and its 11th in 24 seasons.

However, the Rebels’ road to the title was riddled with injuries that threatened to derail their dreams but ultimately only served to make them stronger.

One player who was expected to be a major contributor missed the entire season. A couple of starters saw their season cut short. Others missed significant amounts of time, from a couple of games to half a season.

The lineup changed from week to week. Some starters switched positions, others came off the bench to fill holes.

The vacancies left Boyle with a degree of vulnerability that had not existed in the previous two seasons. There were blowout wins, but there were also a few more relatively close games and even two losses, the highest number of defeats for a Boyle team since 2016.

But they also resulted in a more versatile team, one in which players were not pigeonholed but were used where they were needed when they were needed. Can you line up at left guard? We need you at linebacker this week.

Through it all, Boyle kept getting better. The Rebels improved with wins over larger schools such as Bryan Station, Henderson County and Bowling Green. They learned from a narrow loss to Lexington Catholic that denied them a district championship and a lopsided loss to Frederick Douglass just before the playoffs.

And by the third week of the postseason, when everybody was healthy who could be, they were a much better team. They avenged the loss to LexCath, shook off Central in the semifinals and outlasted a very good Corbin team for the championship.

The win over Corbin clearly meant a great deal to coach Justin Haddix, who was whooping it up as much as any of his players after the game. Haddix, who had spent six seasons at Corbin before coming to Boyle in 2020, has won the last game of the season in each of his three seasons with the Rebels after coming up short twice with the Redhounds.

However, several players said the victory in the title game was made sweeter — oops, we said we weren’t going to use that word — by the fact that it was such a struggle. The game, like the season, required everything they had to give.

Their willingness to do what was hard, to do what was necessary served them well, and it will continue to serve the program well in the coming years.

The experience gained by players who were pressed into service in roles they did not expect will help those who will be back on the field in 2023 when Boyle makes a run at a fourth straight title.

And the example they set will raise the standard for those whose time will soon come in a program in which the expectation of championships isn’t going to change any time soon.