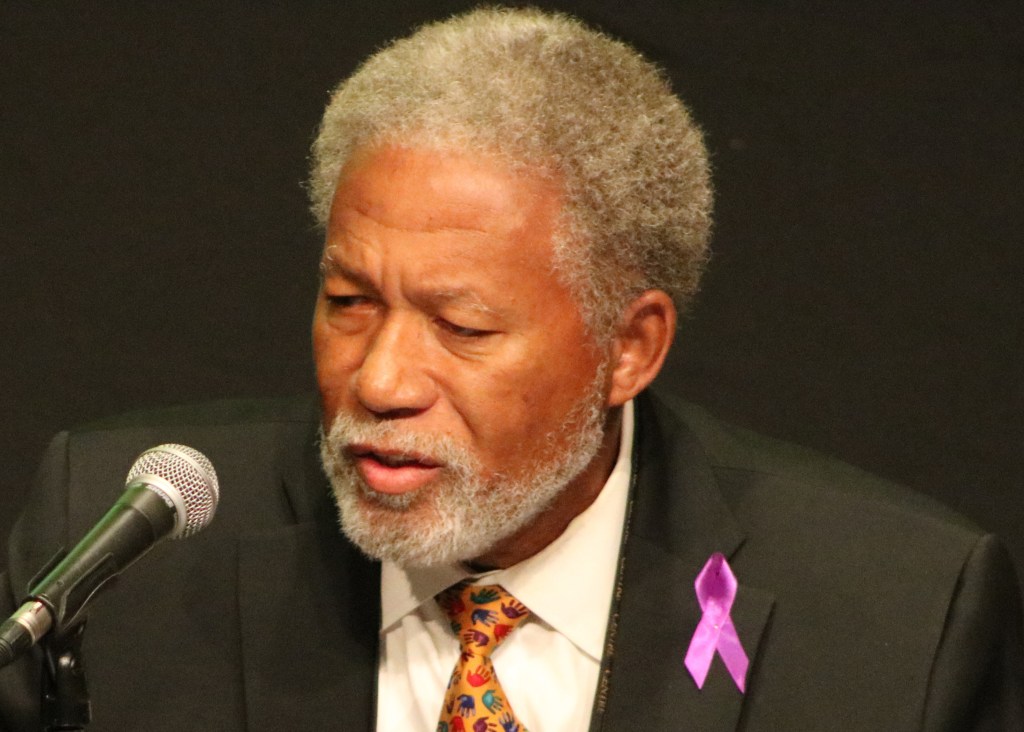 As Danville’s next mayor, James Atkins says strong communication between city and county government as well with residents of the city will be key to future growth.

After serving on the Danville City Commission for 12 years, Atkins was elected as the city’s next mayor in November. He will be sworn in Dec. 21 at 11 a.m. at City Hall.

“I’ve been conducting listening sessions where people can contact me and come to City Hall or another location and share with me their concerns, issues, desires, and wishes for the community,” Atkins said. “I will never have all the answers, my vote is always based on community input. What we do in this community should come from the citizens and not necessarily City Hall. If the community is serious about their love, respect and understanding of Danville, they should be able to speak up and share what is on their minds about Danville. I’m striving to set up an open dialogue so we can hear from everyone in the community.”

He wants to keep city government non-partisan and work with county government regardless of party affiliation.

“I’ve ran seven campaigns, this one probably had more attempts to make city elections partisan than ever before,” Atkins said. “My goal is to stop that and get people back to talking non-partisan. I’m going to represent all the people in this town. The county positions are partisan, but I’m gonna to tell people in county government to work with me. I’m not looking at what party you belong to, I’m looking at what you think, I think, and the people of this community are telling me. It’s okay to be partisan in the elections for the county, but once the election is over I approach the fact that you have been elected by group of citizens to represent them. Everybody on the fiscal court represents me since I live city which is part Boyle County. You’ll hear me advocate what is good for Danville is good for Boyle County and what is good for Boyle County is good for Danville because we all live together. I hope the people who voted against me in the election will accept that I have won and will be willing to work with me because it’s about what is best for all of us.”

Atkins hopes to continue projects that already underway in Danville and Boyle County.

“I think it is important for me to thank the outgoing commission and fiscal court members for their service and dedication to this community,” Atkins said. “They left the incoming commission and fiscal court really good road maps of things to do. It’s not just about what I intend to do but what I intend to help complete. The city has embarked a 3 phase salary and benefits program for city employees. Phase 3 needs to be implemented and we hope to complete that in 2023.

“The downtown project is underway. Those 2 things can be finished quickly. On the other side of the coin, we have the Economic Development Authority and the Economic Development Corporation, 2 new entities and we have to make sure those things work and serve the community well. We need to have a seamless approach to economic development where we are all working together for the betterment of the community. We also have the Parks and Rec Master Plan, the Downtown Master Plan, the Jennie Rogers Community Project. I also want to address the indoor/outdoor aquatic center. No decision has been made about its location.

“Part of what has been discussed has been where to put it. We are looking and studying potential locations, but it is an ongoing project. When I look down the road at what hasn’t been started yet, we have been talking about planning and zoning. A comprehensive plan needs to be a community wide project. Creating a new plan will come up during my tenure, I hope city and county can come together to create a new plan. Once that plan is in place, if someone comes here to do some development, we can tell them where they can do it without changing the plan or making citizens upset. Drug rehabilitation, workforce housing, and homelessness are just a few things that could be major projects over the next 4 years. They aren’t going to be my projects, they are just things are community has identified. Something I want to bring that’s new are what I call gathering places. We need more places in the community where people can come together and have small discussions about what they would like to see in this community. We need to look at how we can establish those locations. The Jennie Rogers building is one place that I think could be one of those. As we develop things in the park and at the fairground we could have one there. When I’m attending these meetings I’m not there to say I’m gonna get A, B or C done. I’m just there to listen to the concerns of the community.”