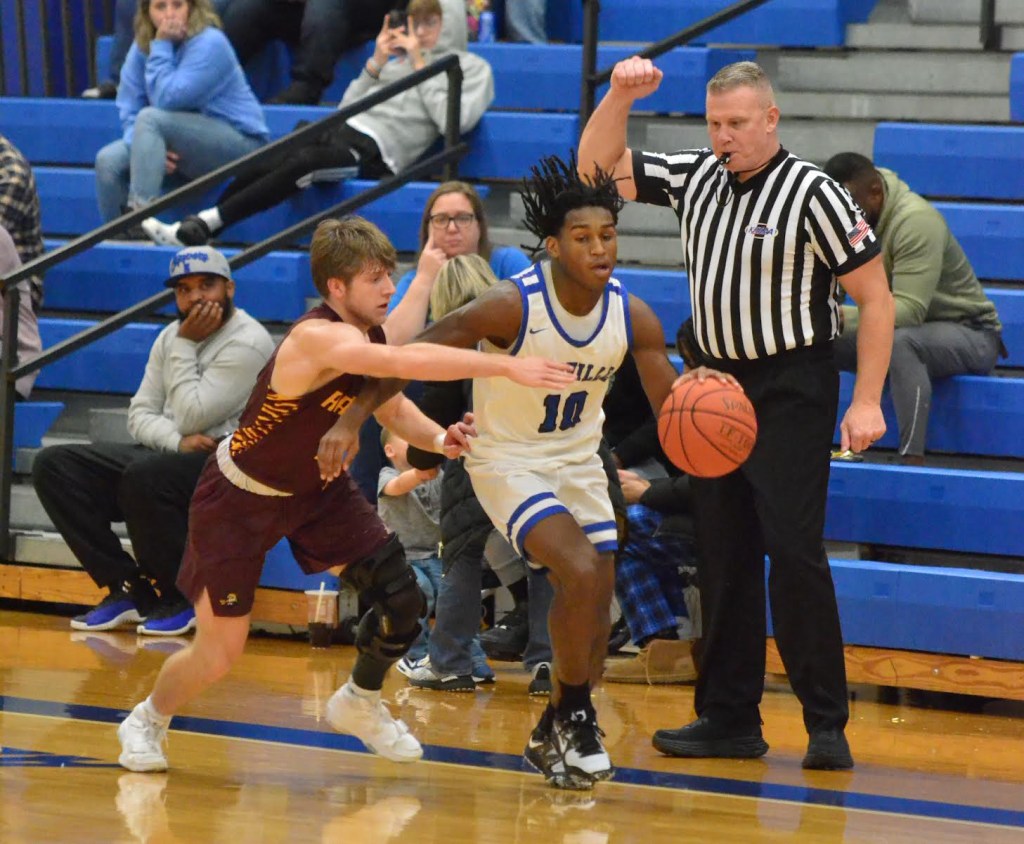 The Danville boys are all up in your face.

The Admirals have embraced the defense that has been the driving force behind their success in the early stages of the season.

They have held the five teams they have beaten in their six games to 60 points or less, including McCreary Central, which they rallied to defeat 69-60 Friday night for their fourth consecutive win in five days.

Danville (5-1) has allowed 57.7 points per game overall and 53.4 points in its five wins this season, and Jarius Bryant, one of the team’s two senior starters, said the Admirals are rattling opponents with their aggression on defense.

“We ‘D’ up,” Bryant said. “We get under their grills. They don’t like the ball pressure. I think we’re good at that.”

Danville coach Ed McKinney said he thinks so, too. He said the Admirals’ defensive effort has been good, and he believes it will only get better with additional practice time.

“Usually you like what you’re good at, and those dudes can keep the ball in front of them and harass the ball,” McKinney said.

McCreary (1-3) shot 52 percent from the field but turned the ball over 16 times against Danville, which trailed for most of the game before taking the lead for good in the fourth quarter.

The Raiders committed six turnovers in the final period as the Admirals outscored them 18-9 over the final 7:17.

“In our 2-3 and man I thought we were really after it, and they’re a good team,” McKinney said.

The Danville coach said the Admirals’ emphasis on defense starts with seniors Bryant and Jalen Dunn, who was under the weather and sat out Friday’s game. They are the team’s top returning scorers, but they are also among the most active defenders.

“We’re bought in defensively, and it starts with Jalen and Jarius being the senior leaders,” McKinney said. “They know they’re going to defend if they want to win.”

Bryant said the Admirals can be better on defense this season because they’re faster as a team than they were last season, when they went 16-15.

He also said they’ve been working hard on defense in the limited practice time they’ve had with the entire team together since Danville’s football season ended.

“It gets intense in practice. A lot of aggressive stuff happens,” he said. “Yeah, it’s intense.”

When the intensity increased on the floor Friday, players on the bench got in on the act as well, encouraging their teammates to ratchet up the pressure even more.

McKinney said that stems from the unselfish nature of upperclassmen on the bench and from the fact that the Admirals get along well.

“This week we’ve played four games, and I think our enthusiasm for playing (has remained high). We’ve been excited to play,” he said. “I think these guys like each other. They’re in here (in the locker room) jacking around and cutting up. They’re friends.”

Three-point baskets on consecutive trips by Owen Barnes and Demauriah Brown helped them take the lead for good.

Brown, a sophomore, and Barnes, a junior who transferred from Boyle County, led Danville with 21 points each, and Bryant added 11 points and a team-high nine rebounds.

McKinney said the Admirals have a number of options on offense, and he said they were more successful on offense in the second half because better ball movement allowed them to locate open shooters.

“We’ve got a lot of guys who can take their guys one on one — ‘Coach, I can go by this guy’ — we just need a little better ball movement and it’ll be even easier,” he said.