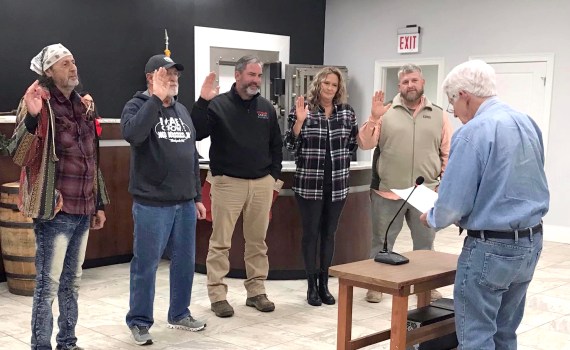 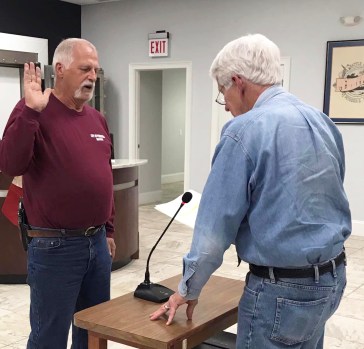 The new Perryville city council members and mayor were sworn in to office at their city meeting on Dec. 1.

Last year, Miller had finished the term of previous Perryville mayor, Brian Caldwell, after he resigned. Miller ran unopposed in this year’s election.

The council members who were sworn in are Tim Simpson, Steve Bailey, Rob Kernodle, Chasity Caldwell, and Jason Pruitt. Michael Lankford was not present at the meeting.

The new council will start in January.

• Heard the city’s financial audit report for 2021 to 2022 presented by a CPA (certified public accountant). Chad Robinson with Kerbaugh and Rodes gave the report. The only material non-compliances found in the audit relate to the small size of the city. One is the ability to provide a full set of financial statements with notes and everything. The other is segregation of duties. Robinson said with a small staff in a small city, it’s almost impossible to segregate duties enough, so the city has to continue oversight of staff.

• Agreed to invest the city’s ARPA money in the Kentucky League of Cities investment pool. The money they invested was $176,683.

• Accepted the resignation of Chad Noakes from the Danville Boyle County Board of Adjustments. Miller said that seat on the board is appointed by both Perryville and Junction City. The Perryville council agreed to appoint Vicki Goode of Perryville to finish Noakes’ term that expires in June 2024. They are awaiting Junction City’s approval on the appointment.

• Declined the offer of sale from a local person who wanted to sell their building to the city for a new fire house. The offer was for $80,000.