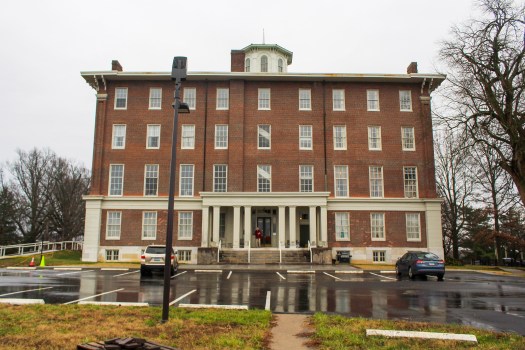 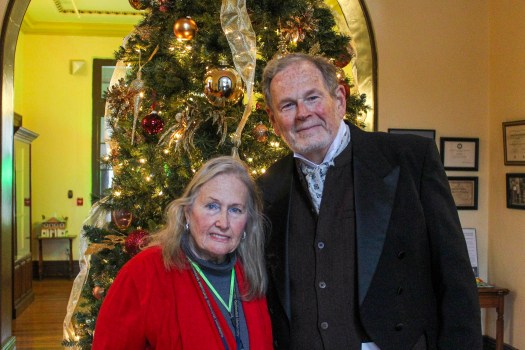 Barbie Harris and her husband Archie Harris dressed up to be John Jacobs and wife for the KSD float at the Danville Christmas parade. photo by Fiona Morgan 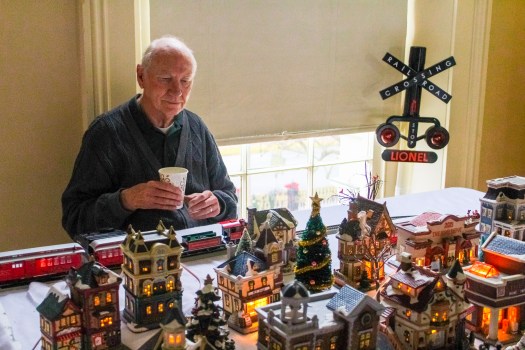 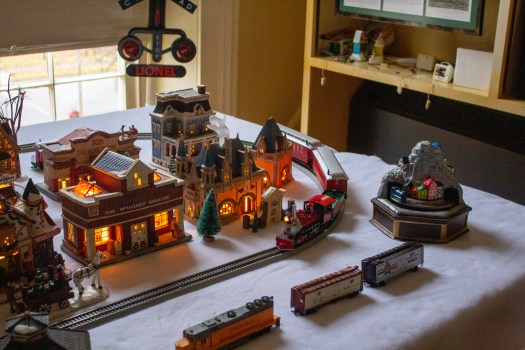 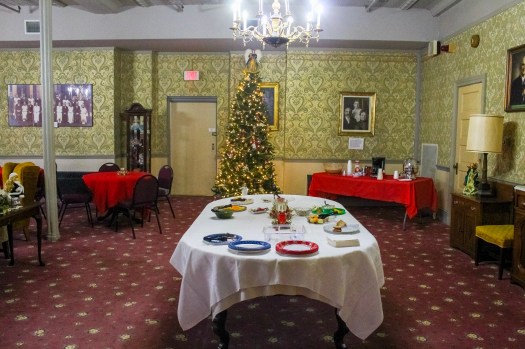 Refreshments were served during Jacobs Hall Christmas tours in the beautifully decorated dining / living room. People at the school lived in this room up until the early 2000s. photo by Fiona Morgan 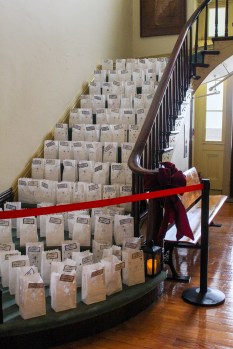 Bags were placed in memory of people connected to KSD. photo by Fiona Morgan 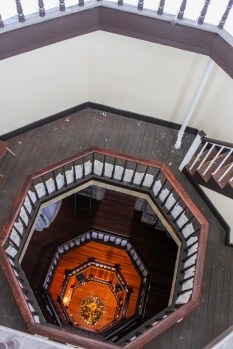 Visitors got to tour the cupola at the top of Jacobs Hall. Photo by Fiona Morgan

KSD is celebrating its 200th anniversary in 2023. The tours were part of its months-long celebration leading up to a big gala in April.

Jacobs Hall is the rectangular four-story brick building with a cupola at the top, located at 303 S. Second Street. It was built in 1857 with bricks made by hand, which took over two years to make. It is the oldest surviving building at KSD.

Museum staff and volunteers decorated the hall with garland, wreaths, red ribbons and Christmas trees in almost every room.

One of the staircases featured many white paper bags, each one recognizing people who either worked at KSD and passed away or are connected to KSD. People could make donations to the KSD Charitable Foundation.

Going upstairs, people were greeted by a large commemorative quilt made in 1998 to celebrate KSD’s 175th anniversary. The quilt shows historic KSD buildings that have been torn down.

Barbie Harris, co-chair of Kentucky 200th Anniversary and Jacobs Hall museum staff member, said several people are making another quilt for the 200th anniversary, and will be done around February.

Also featured were two separate model train displays. One display is by Joe Buschmann, a retired teacher from Cincinnati. He collects model trains that are HO scale. He set up a two-level display on a long table with lit-up mini houses around the tracks.

The other display featured much larger trains of the LGB brand. Barbie’s husband, Archie Harris, collects LGB trains which are made in Germany. Archie is a 1965 KSD graduate. He then taught at the school for 33 years as a math teacher, and as a printer for the Kentucky Standard.

The Kentucky Standard is KSD’s student newspaper which is currently not in operation. Jacobs Hall has pictures on display of all the old editors and students working in the newsroom. Also on display are artifacts like old cameras, typewriters, a printing press, and drawers full of old stamps for graphics, photos, and letters.

Rooms throughout the building feature some original furniture, some of it made by KSD students. One room has a map that shows different eras of campus; another room has information about vocational careers students chose back in the day; another has old school desks to recreate a KSD classroom; and another recreates the old chapel.

Jacobs Hall used to have several buildings next to it. Jacobs Hall was used as the girl’s dorm, and it connected to other halls including the old chapel, dining room, kitchen and cafeteria, which have all been torn down.

Jacobs Hall is named after John A. Jacobs, KSD’s first trained teacher, principal, and third superintendent. After graduating from Centre College and becoming a teacher at KSD, Jacobs took a leave of absence to attend the American Asylum in Hartford, Connecticut. There, he studied under two pioneers in deaf education, Thomas Gallaudet and Laurent Clerc.

KSD started in 1823 out of legislation proposed by Green County Senator General Elias Barbee, whose daughter Lucy was deaf. The school reached its peak enrollment in the early 1970s.

According to a KSD history website, “The 1974 Education for All Handicapped Children Act was implemented and, over time, led to decreasing enrollments in residential schools like KSD. The law mandated a variety of services that would enable disabled students to be educated in the way that best benefited them… Increasingly the educational needs of the majority of deaf students were met in local school programs.”

The museum is open by appointment Monday through Friday by calling 859-239-7017. To read more about KSD history, go to ksd.k12.ky.us/content/history. For more about the 200th anniversary, go to ksd200yearsold.com.