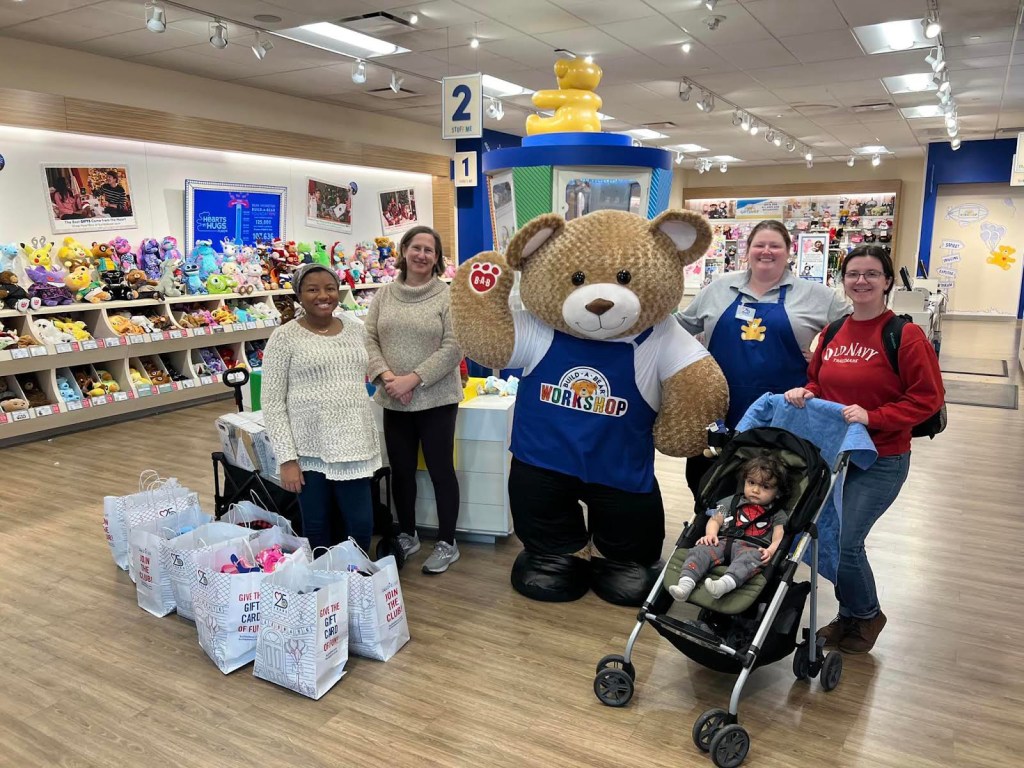 CASA of the Bluegrass received a donation of 200 bears from Build-A-Bear Foundation, as part of the Hearts ‘N Hugs Fund. Photo submitted

CASA of the Bluegrass conducted a fundraiser in October and November where members of the community could “Sponsor A Bear” for a child served by the CASA program. CASA of the Bluegrass received a donation of 200 bears from Build-A-Bear Foundation, as part of the Hearts ‘N Hugs Fund. The bears came without clothing or accessories.

With each $20 donation made by a member or organization of the community, an outfit and accessory was purchased for one of the donated bears. The intention was to provide each of the 121 children served by CASA of the Bluegrass with a bear, donned with clothing and accessories that matched the child’s individual interests. The result was overwhelmingly positive, receiving enough donations to clothe and accessorize each of the 200 bears received by the program.

The Build-A-Bear Workshop located in the Fayette Mall was kind enough to donate enough boxes for 135 bears. The immense support from the community allowed CASA of the Bluegrass to purchase items for the additional bears, which will be given to the children residing with a CASA child, that isn’t necessarily a part of the program (i.e., siblings, foster siblings, etc.).

The mission of CASA of the Bluegrass is to provide Court Appointed Special Advocates in the Anderson, Boyle, Franklin and Mercer County Family Court Systems so that every abused or neglected child can be safe, receive permanence, and have the opportunity to thrive. For additional information and to inquire about donations or becoming a volunteer, please contact Casey Atwood, 859-936-3510 or email casey@casaofthebluegrass.org